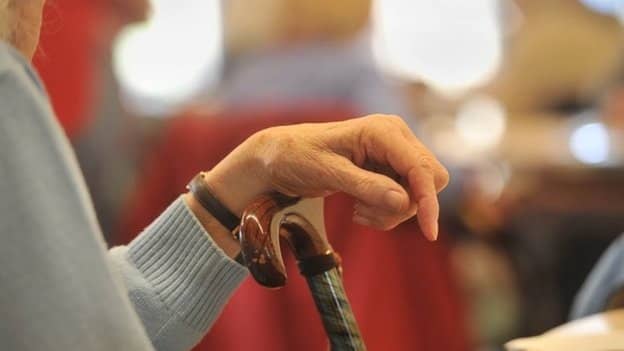 The withdrawal of funding for a rural transport scheme to take elderly and disabled people to and from Crossmaglen Social Centre will have an “utterly devastating” effect, a local councillor has said.

Elderly residents, it has been claimed, are now being told they could be forced to pay £20 a week if they want to continue to avail of the transport.

Sinn Fein representatives have confirmed they are to meet with Community Transport Newry and Mourne to discuss the removal of one of their services in south Armagh.

On Wednesday, elderly and disabled people who use the service to take them to and from the Crossmaglen Social Centre twice a week were told that the service would no longer be available.

Community Transport Newry and Mourne said they could not continue to provide the service for free following cuts by the Department for Regional Development.

Councillor Terry Hearty said the loss of the service would have a devastating effect.

“For some of the less able people that attend the Social Centre on Wednesdays and Fridays, this can be the only time of the week they get out of their homes,” he said.

“The centre, which is run by the Trust, provides them with a warm dinner or lunch, which is something they may not get every day of the week, and just as important is the social aspect of the centre.

“Some of these people live in very rural, isolated areas and the centre is the focal point of their social lives. Elderly isolation can lead to loneliness and depression and has been described by numerous charities as a hidden killer. It is imperative that the effects of isolation on the elderly are not underestimated.

“Another key aspect of the service is that the vehicle is specially fitted with ramps and space for disabled people, meaning even for those with friends and relatives nearby, due to their disability, it’s still their only means of transport.

“I went to the Social Centre this week to meet with the people who use the service and they are utterly devastated that it is to end. They are hurt that the quality of their lives means so little to the Department and terrified at the prospect of long lonely days with nothing to look forward to.

“Danny Kennedy and his department talk of improving rural services but once again all we see in south Armagh is cuts and attacks on the vulnerable.

“I’m calling for a meeting with the Southern Health Trust and the head of the Rural Transport Scheme, as well as a representative from DRD, to discuss the withdrawal of this service and to work out a way of getting it reinstated.

“In the meantime I think it is the Trust’s duty to continue to pay for this service, to ensure that our older people have some quality of life, until this issue can be sorted out and I would call on them to do so.

“It had been suggested by some that the people who use the service could pay for it themselves, claiming that it would only amount to around £20 a week.

Newry and Armagh MLA Mickey Brady said a meeting had been organised with Rural Transport.

“What we are seeing here, and in many other parts of the constituency and the country, is the logical consequence of the huge cuts the Tories are imposing on us,” he said.

“It is a terrifying prospect that even before the election they have already earmarked another £2 billion in cuts here, meaning more of the same but worse.

“I have contacted Rural Transport on this issue and a meeting is being set up.

” I want to assure the elderly people being affected by this that we will do all in our power to reverse this decision and I would echo the calls of my party colleague Terry Hearty for the Trust to step in and fund this scheme in the meantime.”