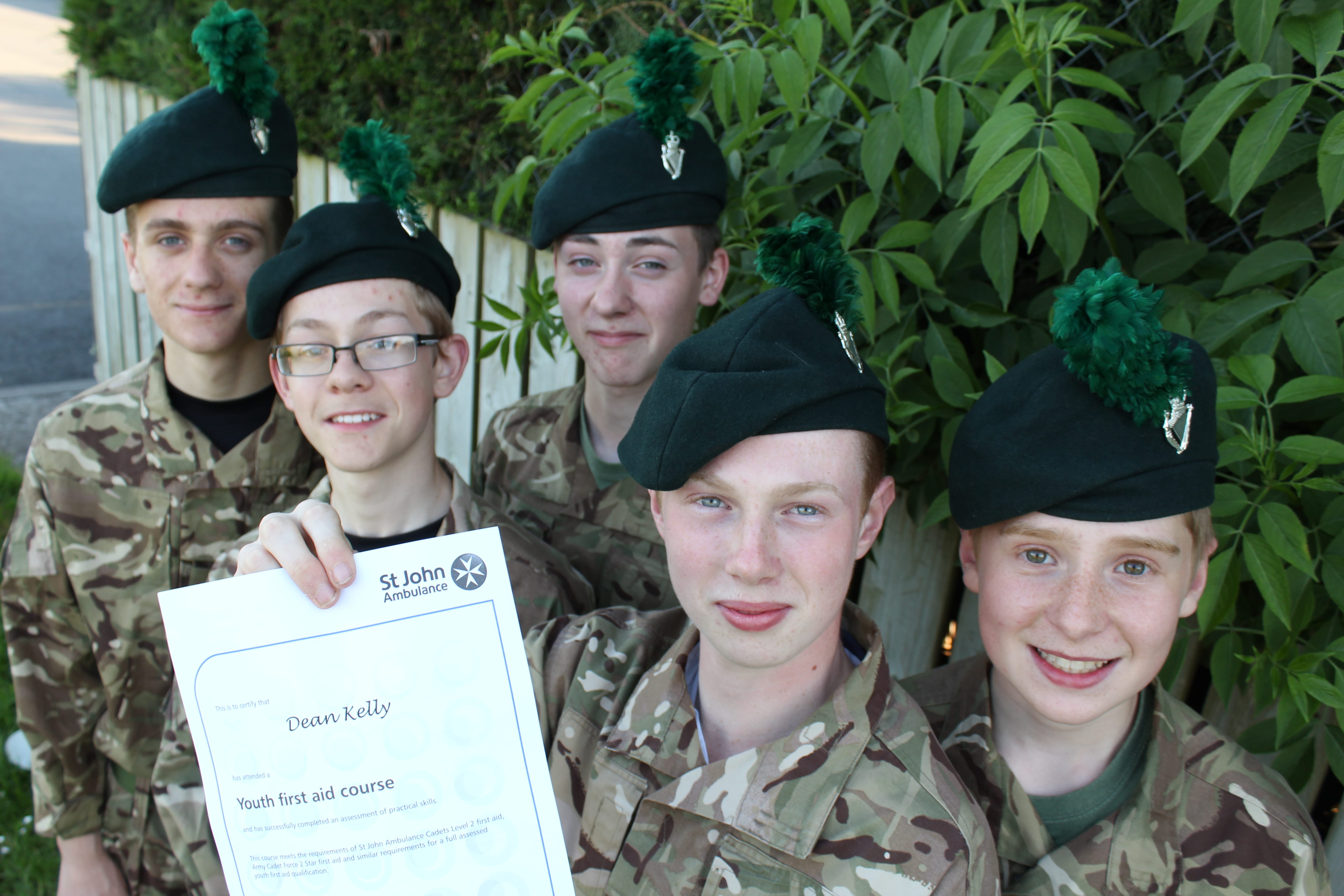 The thought of having to cope with a medical emergency would unnerve most adults.

But, in County Armagh, teenage Cadets are getting to grips with the subject via a tough preparation programme.

This was followed up with an intensive training and testing weekend at Armagh Cadet Centre.

Each of the teenagers passed with flying colours, to emerge as fully fledged St John Ambulance Cadets Level 2 First Aiders.

“You may hope you never have to cope with a medical emergency in real life, but it’s reassuring to know that if such a situation arises you would at least have some first aid knowledge to call on,” says Ethan.

“We were all keen to learn first aid, but none of us realised how interesting it would be or that such an important skills set could actually be fun to learn.

“It’s a serious subject, but we all enjoyed studying it and I think we all hope to take it further in future.”

Pictured celebrating success are, from left, fourteen-year-old Cadet Lance Corporals Daniel Hutchinson, Adam Salt, LCpl Nathaniel Richmond, Dean Kelly and Ethan Boyd. The Army Cadet Force is a youth organisation open to boys and girls from 12 to 18; to find out more or check out opportunities in County Armagh visit armycadets.com