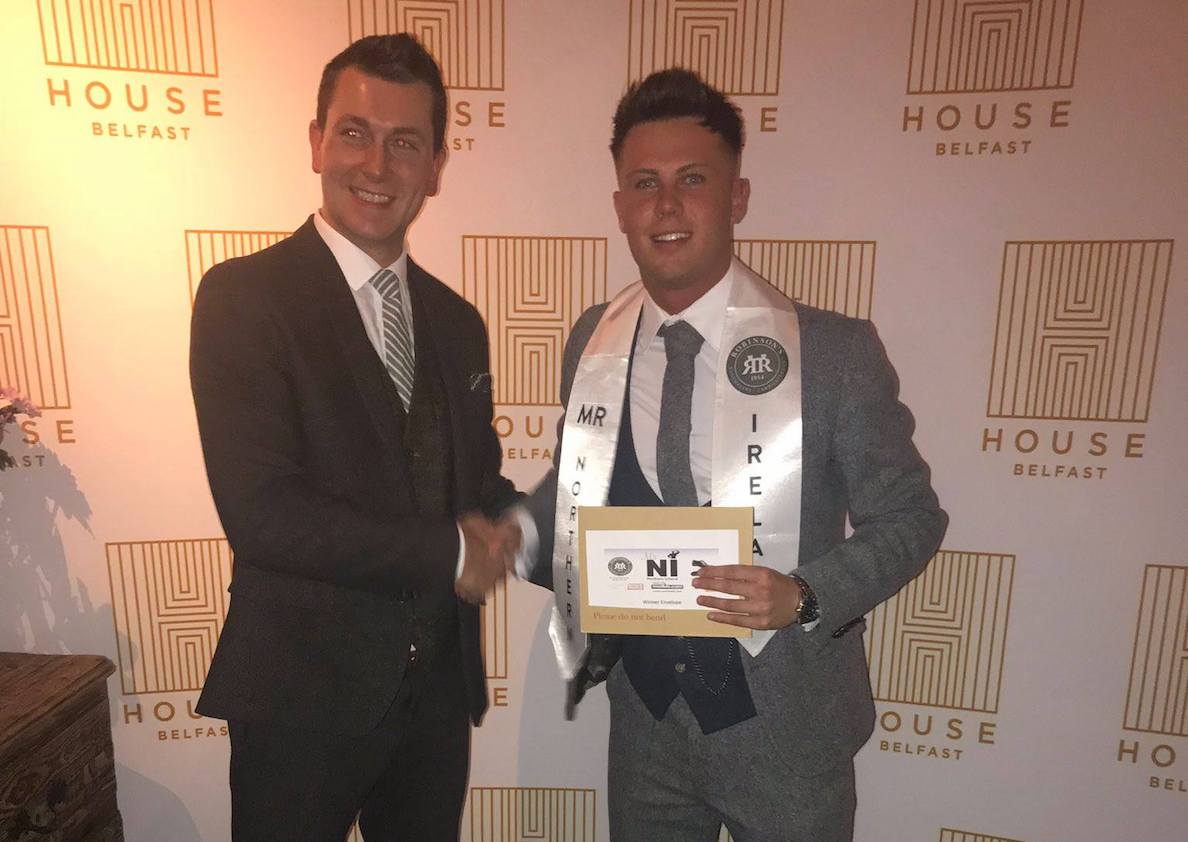 And the 23-year-old, who studies sport and exercise therapy at Southampton University, is thrilled and delighted at his success.

He walked away with the top title at a gala bash at House in Belfast last night.

Adam was one of 16 finalists shortlisted for the competition, which is organised by leading agency ACA Models and sponsored by the Sunday World and Robinson’s Shoes.

Having walked off with the title on Friday night, he will now be off to the Philippines in January, to represent Northern Ireland at the prestigious Mr World competition!

Before last night’s big final, Adan had considered himself a “bit of an underdog”.

But he admitted to be being excited to be taking part.

He truly under-estimated himself in that regards after landing the crown!

And now that he has won Adam could look forward to a very bright future in modelling, making his face his fortune.

From all at Armagh I we would like to congratulate Adam and wish him all the best as he prepares for the Philippines!