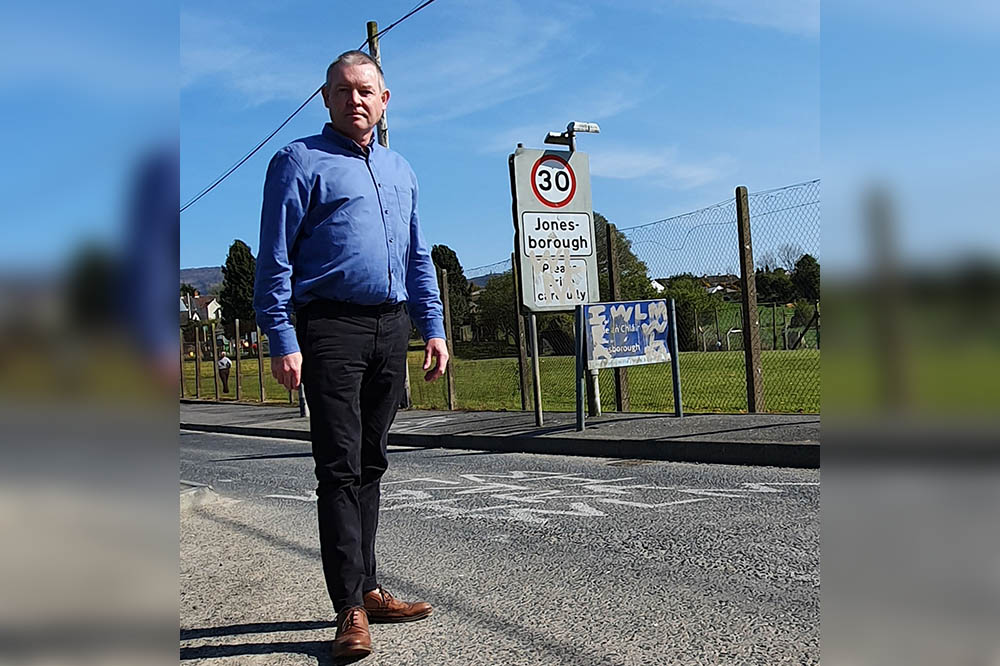 The offensive markings appeared overnight – painted on the footpaths, road and signs.

Reference to white lives matter and time for war were included.

“They don’t represent the opinion of those who live in the village,” he added.

“Jonesborough is a thriving community with a proud history of welcoming all to the village.

“Questions are being asked of the rationale for these sick slogans. ‘Who are these racists going to war with, who do they represent?’

“The answer being voiced by locals is that they represent nobody and that they and their racist message of hate is not welcome in Jonesborough village.

councillor Larkin said community activists will remove this graffiti which is “a slur on the people who live in Jonesborough”.

He concluded: “There can be no toleration of racism, bigotry or inequality in a new Ireland.”