Public urged to be wary of cold caller scam 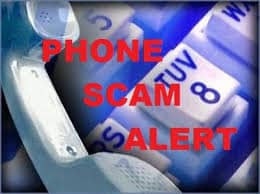 SDLP Councillor Thomas O’Hanlon has urged local residents to be extra vigilant about hoax callers in the area after one local resident took a call this week from someone claiming to be from Northern Ireland Water – despite this being late into the evening.

“I want to urge local residents, particularly the elderly or those who live alone, to be extra vigilant about who they speak to on the phone, what information they give out and who they let into their homes,” he said.

“This week one local resident contacted me late on Monday evening asking if it was strange that NI Water would be phoning them asking was it OK to call and check water pressure that night.

“In this instance the gentleman was wise enough not to give the caller information, and wise enough to get it checked out.  He asked the caller to phone back in an hour.

“Thankfully on this occasion this couple did not fall foul to those behind the call and they had members of their family close by and police called with them that night.”

Councillor O’Hanlon branded those responsible for this and other similar calls as “low-lifes”.

He added: “They are targeting the vulnerable and the elderly and they don’t care what the consequences of their actions are.  This couple were alert enough to check it out and I believe their actions ensured they were not the victims of this scam and I commend them for their quick actions.

“I would urge local communities to be extra vigilant, particularly in these dark evenings. Keep an eye on family and neighbours, particularly the elderly.

“If you get a call, either on the phone or someone arrives at the door who you’re not expecting, don’t allow them entry to your property without checking their ID. If they’re on the phone, ask for their number so you can phone them back, but in either case you can phone Quick Check on 0800 013 22 90, which is a 24 hour service.

“They can confirm the person’s identity and if they are a genuine caller or not.  A couple of minutes checking them out could be very worthwhile.”