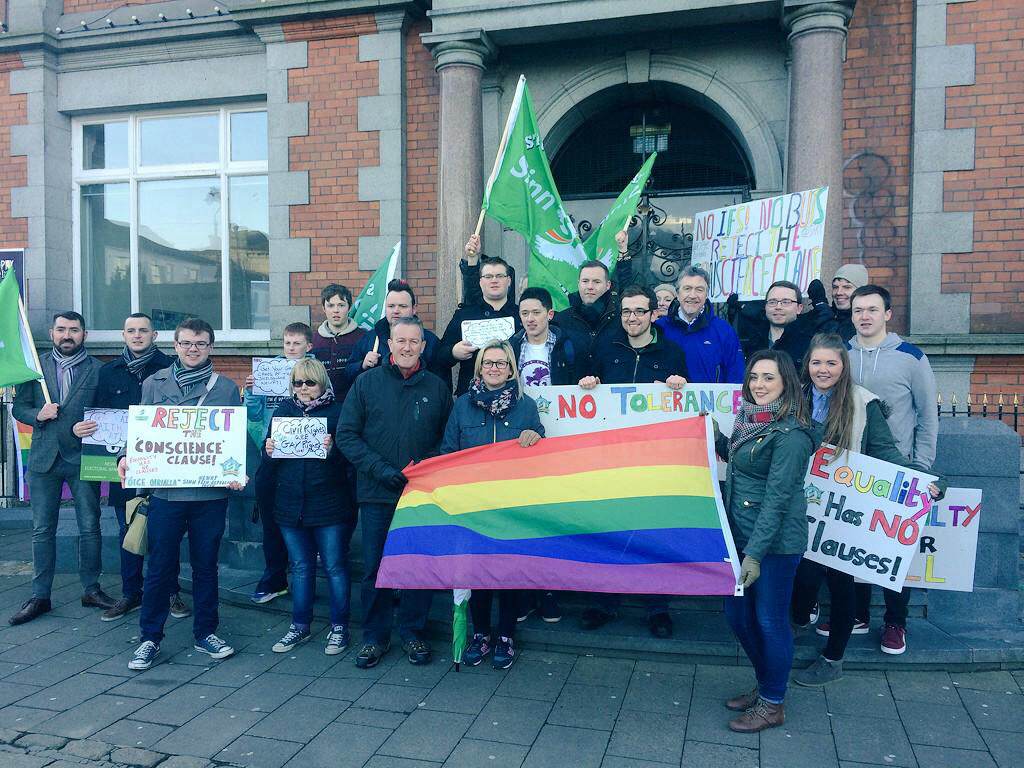 Thousands of people have attended rallies across the Province today (Saturday) in protest against the proposed ‘conscience clause’ bill.

Brought forward by the DUP’s Paul Givan, it aims to make it legal for trades and services to be able to be denied to individuals based on the grounds of strongly held religious beliefs.

Newry and Armagh MLA Mickey Brady was among those to attend a rally in Newry today, and he said it is “imperative that the rights of minorities are protected”.

He stated: “We need as many people as possible to come out, loud and proud, and say that discrimination against our Lesbian, Gay, Bisexual and Transgender community is unacceptable.

“We, as a society, must send out a very clear message that the days of banning certain sections of society from shops or services are long gone.

“In the past signs read, no dogs, no blacks, no Irish, those signs were wrong, that discrimination was wrong, and any attempt to recreate that type of discrimination today against the LGBT community is also wrong.”

“Sinn Féin will oppose any attempt to undermine the rights of all people in our society to have equal and fair service when buying goods and services.”

Armagh Courthouse to be sold off if closure plan approved