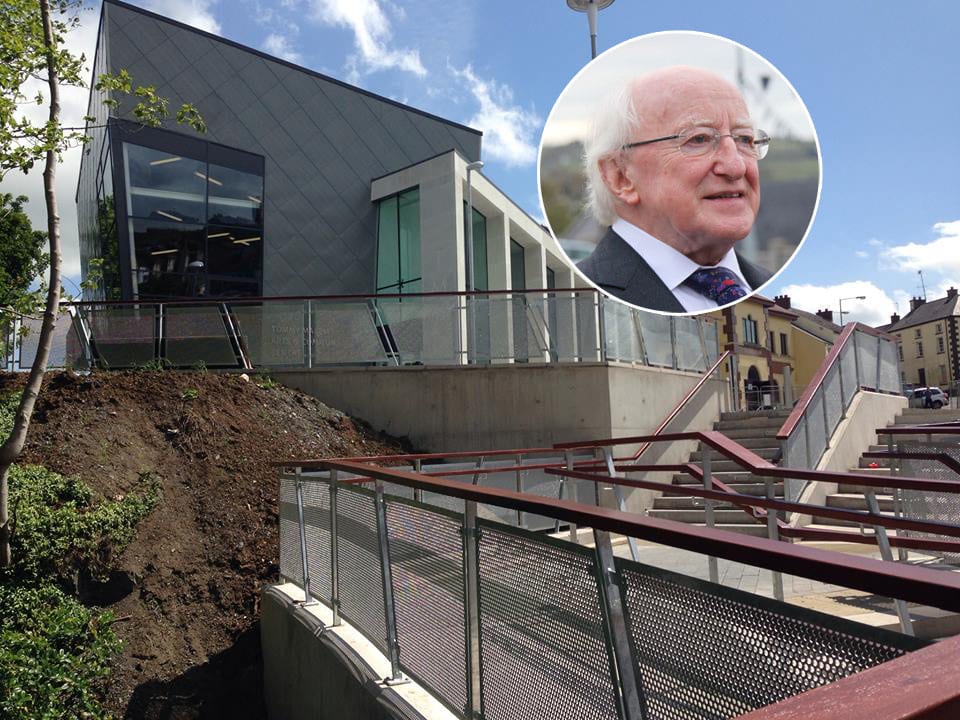 Representatives from local schools, community, sporting and cultural groups, as well as churches and businesses in the town, have been invited to the event.

Councillor Thomas O’Hanlon, speaking via his Facebook page, said: “This is a great honour and I am delighted he (President Higgins) has agreed to perform the official opening. “As with any visit by the President there is a lot of protocol involved. Space and protocol is tight, so if you have been invited on behalf of your group, please RSVP to Lord Mayor’s Office.

“Unfortunately numbers are limited that’s why representatives of different groups have been invited.

“The building is looking fantastic, everyone who’s been in loves it and it’s proving very popular with bookings. We hope to host a few more open mornings and these will be announced in due course.

“Meanwhile you’ll see a lot of activity in the days ahead as we prepare for the official opening.”