Watch: Thief makes off with £2,500 ring from Co Armagh jewellers 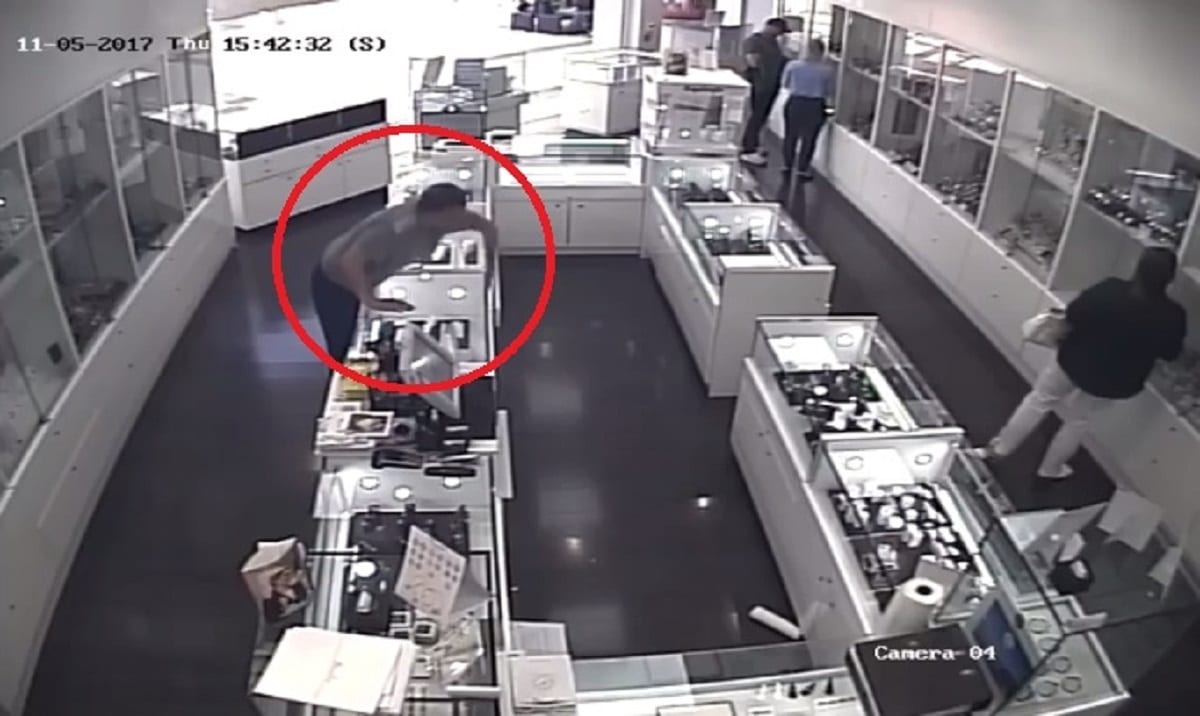 This is the moment a thief makes off with a £2,500 ring from a county Armagh jewellery store.

The video, posted by Rodney Simmons on Facebook, shows a man in a grey t-shirt lean over the counter and rob a ring when store clerks have their backs turned.

There were also a number of other customers in the store at the time.

The incident happened in Faith Jewellers in Rushmere Shopping Centre on Thursday.

He is seen scoping about nervously for a minute before pulling off the audacious swoop in broad daylight – and under the guise of glaring CCTV.

He is described as being in his 40’s, with short dark hair, wearing dark coloured track bottoms and a grey top.

He also spoke with a Southern Irish accent and is believed to have been in the company of a second male.

Police are appealing to anyone who witnessed the incident or anyone with any information that can assist with the investigation to contact officers in Lurgan on 101 quoting reference number 460 of 12/05/17 or Crimestoppers anonymously on 0800 555 111.

The owners have shared this video in a bid to help catch the thief.

Posting on social media, Mr Simmons said: “A closer image of the two thieves wearing grey tops who stole a £2,495 diamond ring yesterday from Faith Jewellers. Help with police investigation would be much appreciated.”