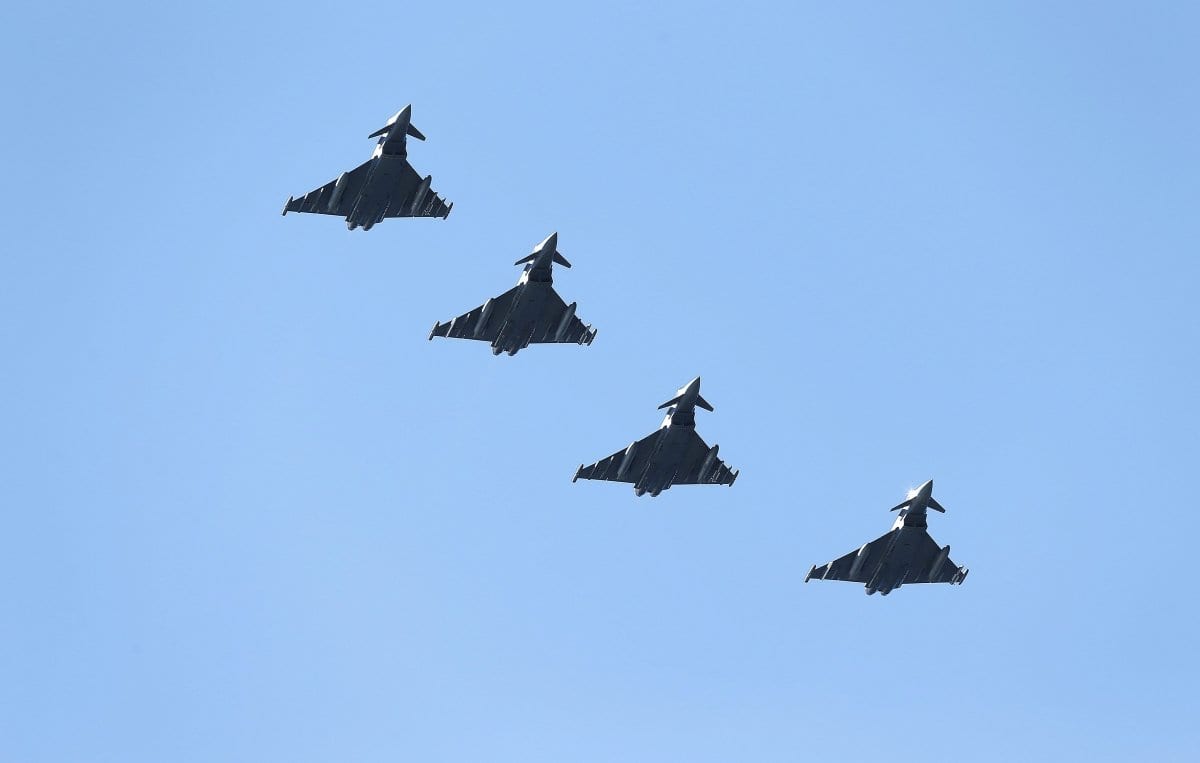 UK planes will be deployed to bomb Syria as “soon as practical” after an overwhelming majority vote tonight (Wednesday).

The Ulster Unionists and DUP joined in voting in favour of the military action.

Upper Bann DUP MP David Simpson earlier tweeted that failure to act would be a “dangerous step for our nation”.

The vote to take decisive action against so-called Islamic State was carried with 397 in favour and 223 against – a majority of 174.

After a debate that lasted 10-and-a-half hours, Prime Minister David Cameron said the military action would keep the country safe.

Northern Ireland’s eight DUP MPs and two Ulster Unionists, along with Independent Sylvia Hermon voted in favour with the Government.

The three SDLP voted against and, like Sinn Fein, had earlier criticised comments by the Prime Minister branding MPs who voted against action as terrorist sympathisers.

“The vote has been taken and we must all coalesce around the will of Parliament.

“A wide-ranging strategy has been decided on, which includes air strikes against Daesh in Syria.

“We have a collective duty to unite behind our brave service men and women who will be flying sorties over Syria, potentially within hours.

“Commanding our men and women to intervene where they could potentially be killed or injured is one of the gravest decisions that Parliament can take. Our thoughts and prayers are with them and all our Armed Forces.

“We ask everyone to remember we did not seek this fight, but we cannot walk away from taking a stand against the slaughter of the innocent that is the tactic of those who attack us and despise our way of life.”

Co Armagh Sinn Fein Councillor Keith Haughian took to Twitter to hit out at the vote being passed, questioning how those who voted in favour would have voted if “they had to carry out the acts”.

The party has said the decision was “completely wrong”.

The government has said bombing raids would begin “as soon as practical”.

Division on #SyriaVote imminent. Failure to act on the call from allies would be a dangerous step for our nation. Now is the time to act.

We did not seek this fight,but we cannot walk away from taking a stand against the slaughter of the innocent #UUP https://t.co/n30mCT5CXU

The eight DUP MPs took the right decision tonight in difficult circumstances. We must now give our armed forces our full support.

I do wonder if those 397 MPs would vote for war if they themselves had to carry out the acts? #SyriaVote pic.twitter.com/rnLUb1aNUt