'Everything that has been thrown at her, she has come out the other side of it' 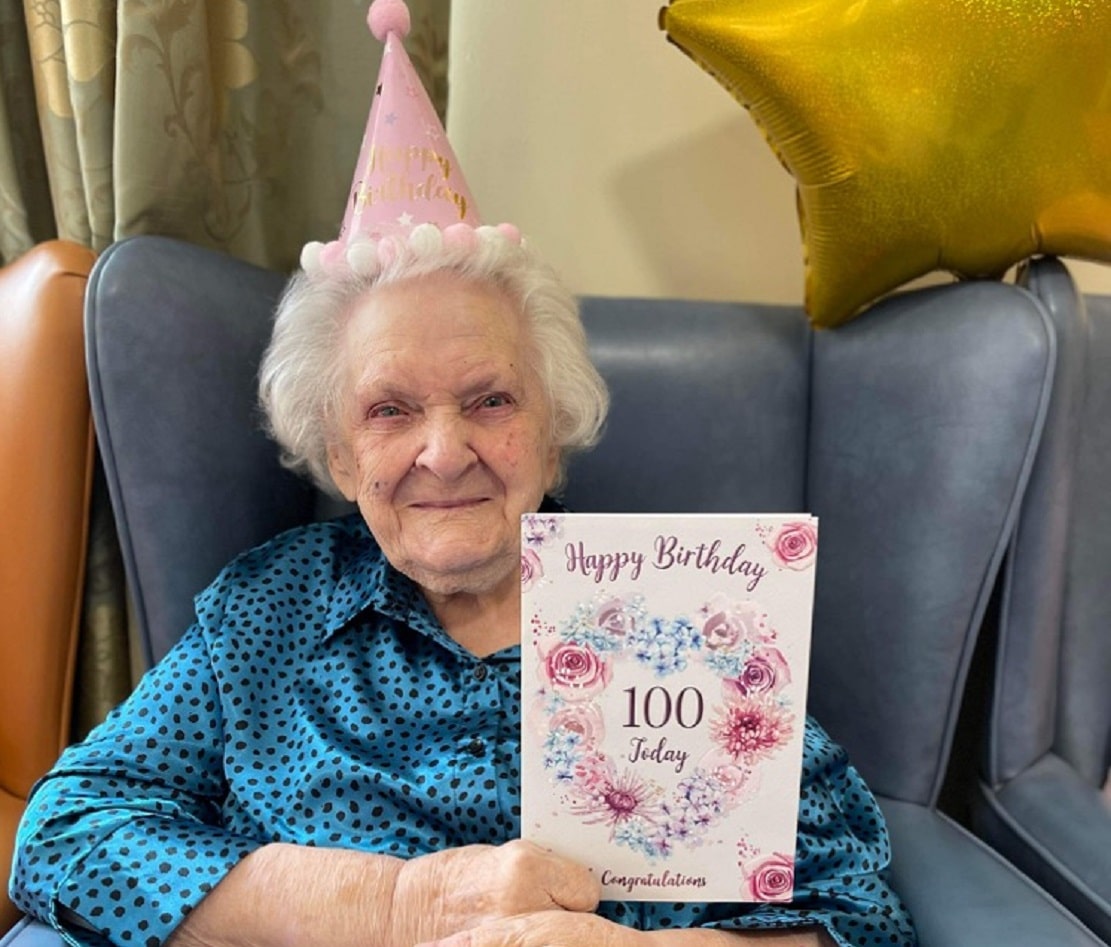 May celebrates her 100th birthday

A Portadown woman who was one of the oldest Covid-19 survivors is celebrating her 100th birthday today.

Mary May (nee Love), known as May May, is originally from Richmount, near Scotch Street, but has been a resident at Rosemount Care Home in Portadown for the past seven years.

The mother of four, grandmother of seven and great-grandmother of eight hit the headlines two years ago when she made a miraculous recovery from the virus just days before her birthday.

The care home posted up a video on Facebook of staff celebrating and applauding her, with the media picking up the good news story, and First Minister at the time, Arlene Foster, joining in the birthday congratulations.

Speaking to Armagh I, May’s granddaughter Christine Anderson said: “Granny was one of the first to get Covid in April 2020 and we honestly didn’t think she was going to make it.

“She was in a bad way but we didn’t want her going into hospital and we are so thankful that she didn’t.

“We wanted her treated by the acute team in the home, to keep her in her own surroundings, and it was the best thing that ever happened.

“She is amazing. Before Covid, she broke her hip and we were told that she wouldn’t come out of the operation. But she did and within a week she was back on her feet.

“This time last year she had a fall and landed on her face. The surgeon said it was so bad he didn’t know how she hadn’t cracked her skull. She bounced back after that as well.

“Everything that has been thrown at her, she has come out the other side of it. I just hope and pray I have her genes!”

In her younger days, May was employed in the Ordnance Depot in Portadown during the war as well as in the Mayfair stitching factory.  Living in the heart of the Orchard County, she also peeled apples for a living, but her main role was caring for her children and, later, her grandchildren.

Described her grandmother as “really young at heart”, Christine said: “She loves clothes and would have told me what was on trend.

“Whenever we were younger and starting to go out, she would have stayed up until we came home to hear all the gossip. She would have been making us tea and toast at three o’clock in the morning.

“She just loves the craic and meeting people and chatting to people. She is getting great care in Rosemount.”

Caitlin Gates, a senior care assistant at Rosemount, described May as a “complete character and a funny lady who gets along with everyone”.

The family has planned a big party at one of May’s granddaughter’s homes, where she will be the centre of attention.

Two of her great-grandchildren, Henry and Eric, will be there. “She really enjoys seeing them,” said Christine. “They give her a real pick-me up. They love her to bits. Every night, she’s the first one on the prayer list.”