A formal proposal has finally been made by the Education Authority to allow teaching up to age 16 with 'with effect from 1 September 2021, or as soon as possible thereafter' 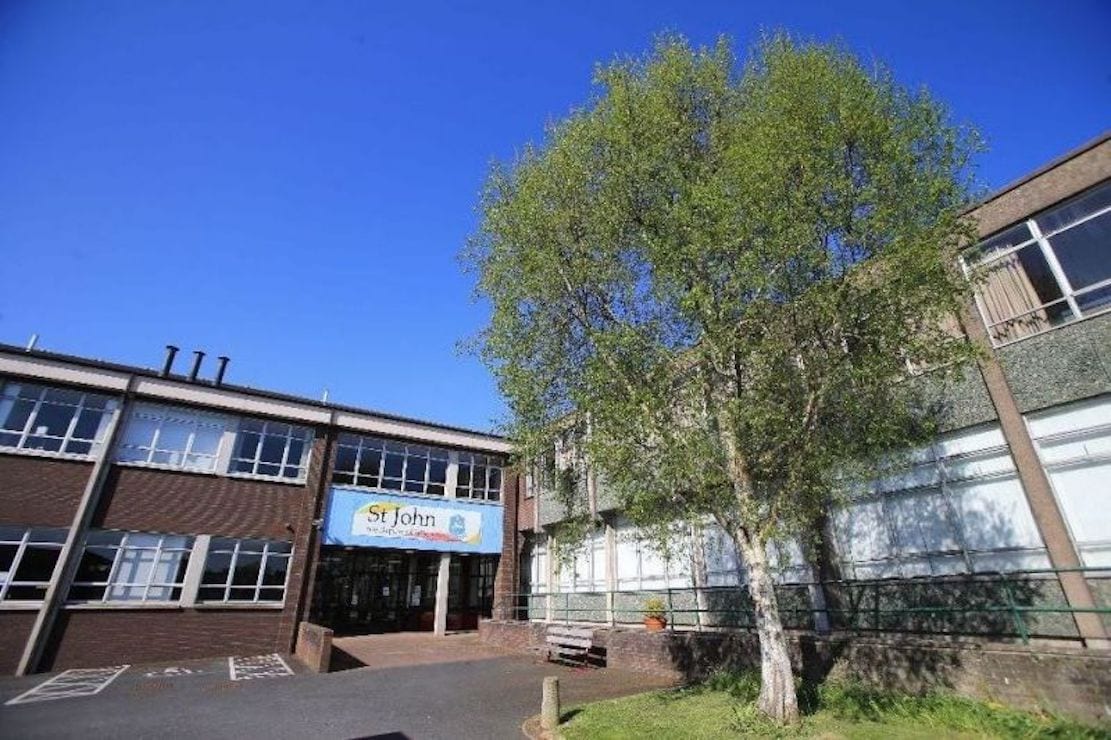 A formal proposal has now been made to allow St John the Baptist College in Portadown to offer Key Stage 4 provision.

A development proposal has been published this week which will allow the school to offer the extended years.

And it will be introduced on a phased basis if approved.

A pre-application consultation was conducted earlier in the year but the process has stalled because of the Covid-19 pandemic.

But it would appear now to be able systems go with the Education Authority now placing a formal proposal in the public domain.

Officially the school currently offers a curriculum for pupils up to the age of 14. The change would allow for Key Stage 4 – for ages 14 to 16 – to be included.

The permitted enrolment at the Moy Road school – which currently has 269 on its books – would also be increased on an annual phased basis from 300 to 500.

Originally, it had been intended the changes might have been in place by the end of August this year.

However, given the hold-ups due to Covid and the delay in publishing the proposal, it is now proposed the changes would be introduced in the next school year..

The changes for the introduction of Key Stage 4 and move to increase enrolment would now be “with effect from 1 September 2021, or as soon as possible thereafter”.

A consultation process for longer-term aims at St John the Baptist College began with parents and guardians, members of the Board of Governors, pupils and staff on August 28, 2019, and closed on September 25. A total of 535 responses was received during that four-week period.

A similar consultation also took place with parents and guardians, members of the Board of Governors and the staff of the three main feeder primary schools the following month.

St John the Baptist’s College was only formed in recent years.

It came after the closure of Drumcree College was approved by former Education Minister John O’Dowd in March 2016.

The opening of a new Key Stage 3 school on the site of the closing school was also included in the approval by Mr O’Dowd.

The development proposal for the Key Stage 3 school also included the potential to re-designate to an 11-19 model if the school reached the target admission number of 80 pupils and this is a target which St John the Baptist’s College has surpassed.

The school caters for pupils, aged 11 to 14, mainly from the Drumcree area of Portadown. The area is served by two Catholic maintained primary schools – St John the Baptist PS and Presentation PS – and by Ballyoran Primary, a controlled school where around three quarters of the pupils identify as being Catholic.

According to the information provided to the Education Authority, the number of pupils transferring from these three main feeder primary schools has “risen significantly” since the opening of St John the Baptist’s College.

The long term aim is to eventually  extend education up as far as age 19 to allow for the inclusion of A Level subjects too.

Any objections or support to the development proposal can be lodged with the Area Planning Policy Team, Department of Education, Rathgael House, Balloo Road, Bangor, Co Down, BT19 7PR, or emailed to dps@education-ni.gov.uk.

Those wishing to do so have until Friday, January 2, to make their views known.