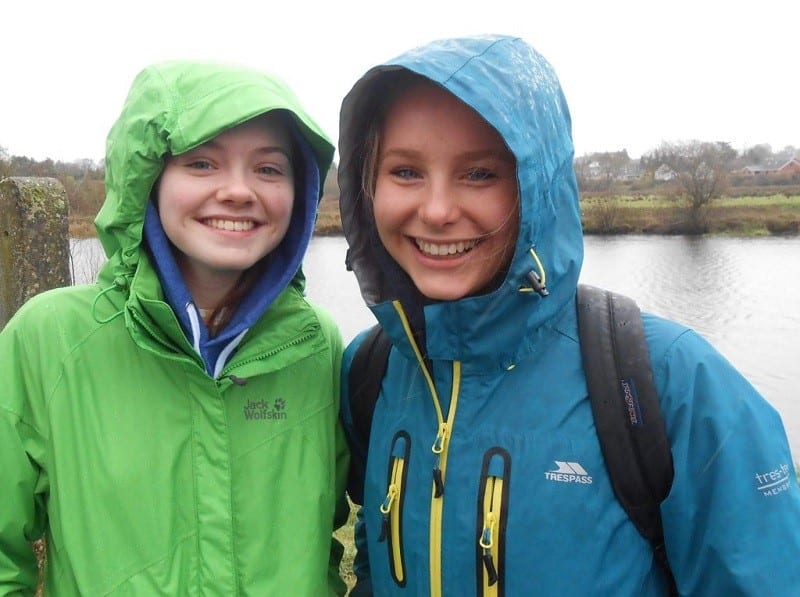 Easter Saturday was a blustery and wet affair; the wind howled down the Bann River driving the rain into the faces of any early morning walkers.

Yet these unpleasant conditions didn’t stop a group of around thirty individuals meeting to take part in a sponsored walk organised by the Ulster Unionist Party to support the Army Benevolent Fund (ABF) Soldiers Charity.

The seven mile route led from the Meadows car park behind Tesco in Portadown all the way to the Park Inn at Scarva following the Bann River and Newry Canal. Young and old made the trek; the youngest being just 15 while the oldest came in the form of John Bradfield who was 84 years old and an Ulster Unionists for the last 4 decades.

Also joining the march was Philip (Barney) Gillespie who lost his right leg in an explosion while serving in Helmand Province with the 1st Battalion the Royal Irish Regiment in 2011. Along with Barney was Thomas Dowie, the first man on the scene of the explosion and without a doubt the man who saved Barney’s life.

As the group walked in the wind and rain Barney shared some of his stories about the incident that had cost him his leg and what he had managed to achieve since the incident with the help of the ABF. Having completed the Dakar Rally twice he is now preparing to climb Mount Kilimanjaro in Tanzania in the summer, a truly remarkable endeavour given the serious nature of his injuries just five years previous.

One of the other walkers revealing to the group that if it was not for the ABF she would never have had a Christmas as a child. Having lost her father, a soldier in the Ulster Defence Regiment, to cancer at the age of six weeks the charity, which has been running since 1944, supported the young family in this time of great need.

All those who started the walk completed the seven mile route and all met up in the Park Inn for a refreshing pint and a bowl of stew which was given free by the Park Inn. It was a generous gesture by the pub and a small gesture by those who walked the distance in order to support a charity that supports soldiers and their families who are in most need.

If anyone would like to contribute to this cause the bucket for collections will remain in the Ulster Unionist Advice centre for the next week. Julie Flaherty and Dick Patience would be more than happy to take any contributions large or small before it is given to David Forsey the ABF regional officer for Northern Ireland.