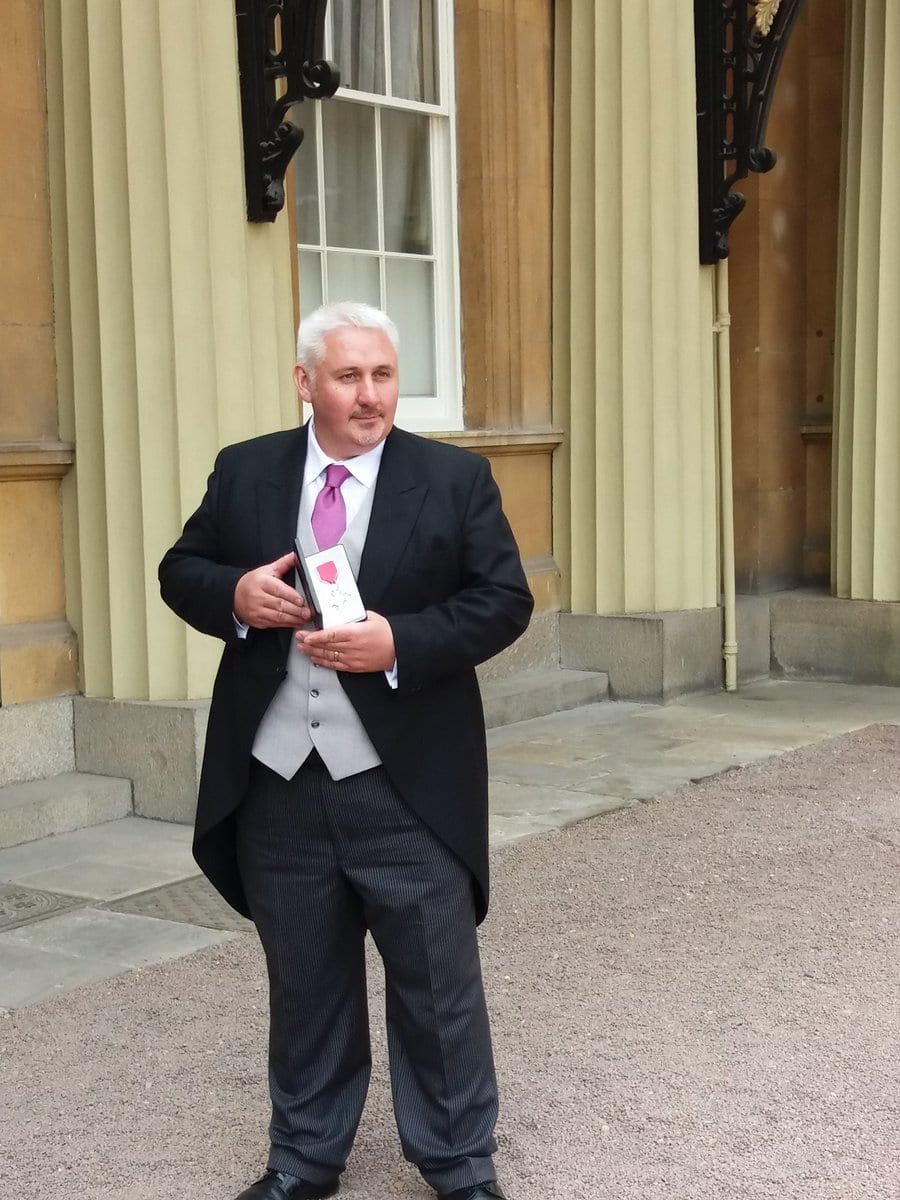 What a fantastic day it has been for Simon Dougan!

The award-winning chef has enjoyed the highlight of his career to date – a visit to Buckingham Palace where he was presented with his MBE.

Simon, who with wife Jilly owns the Yellow Door Deli in Portadown, was awarded the MBE last year for his services to hospitality and catering.

It was a year ago, in May 2016, the renowned chef welcomed Prince William’s father, Prince Charles and the Duchess of Cornwall, to his award-winning Portadown deli.

And in July last year he was appointed the new Deputy Lieutenant of County Armagh.

It has been another fantastic day for Simon and Jilly and all associated with the family-run Yellow Door, which began life as a fine dining restaurant in Gilford back in 1992 but, due to demand for a more informal food offering, opened as a deli in Portadown five years later.

The restaurant was later sold on but the deli and bakery business were expanded, a move which paved the way for other delis and a thriving outside catering business.

Simon runs the deli in Portadown, the outside catering business, and the newest addition to the family, Native by Yellow Door at the MAC. Wife Jilly manages the Yellow Door kitchen garden and other growing projects at the family-run business’s various outlets.

A champion of Northern Ireland’s rich food heritage and an ambassador for local artisan producers, his award is much deserved.

And typical of the man he is quick to share the honour with all who had helped in any way.

A delighted Simon – speaking after the formal presentation this afternoon – told Armagh I : “I was so pleased and delighted to receive my award from the Duke of Cambridge at today’s ceremony.

“I shall bring the MBE back to my beloved County Armagh with pride.

“My business is only a success because of the hard work of my team and the dedication and passion of the local producers #foodheartland“.