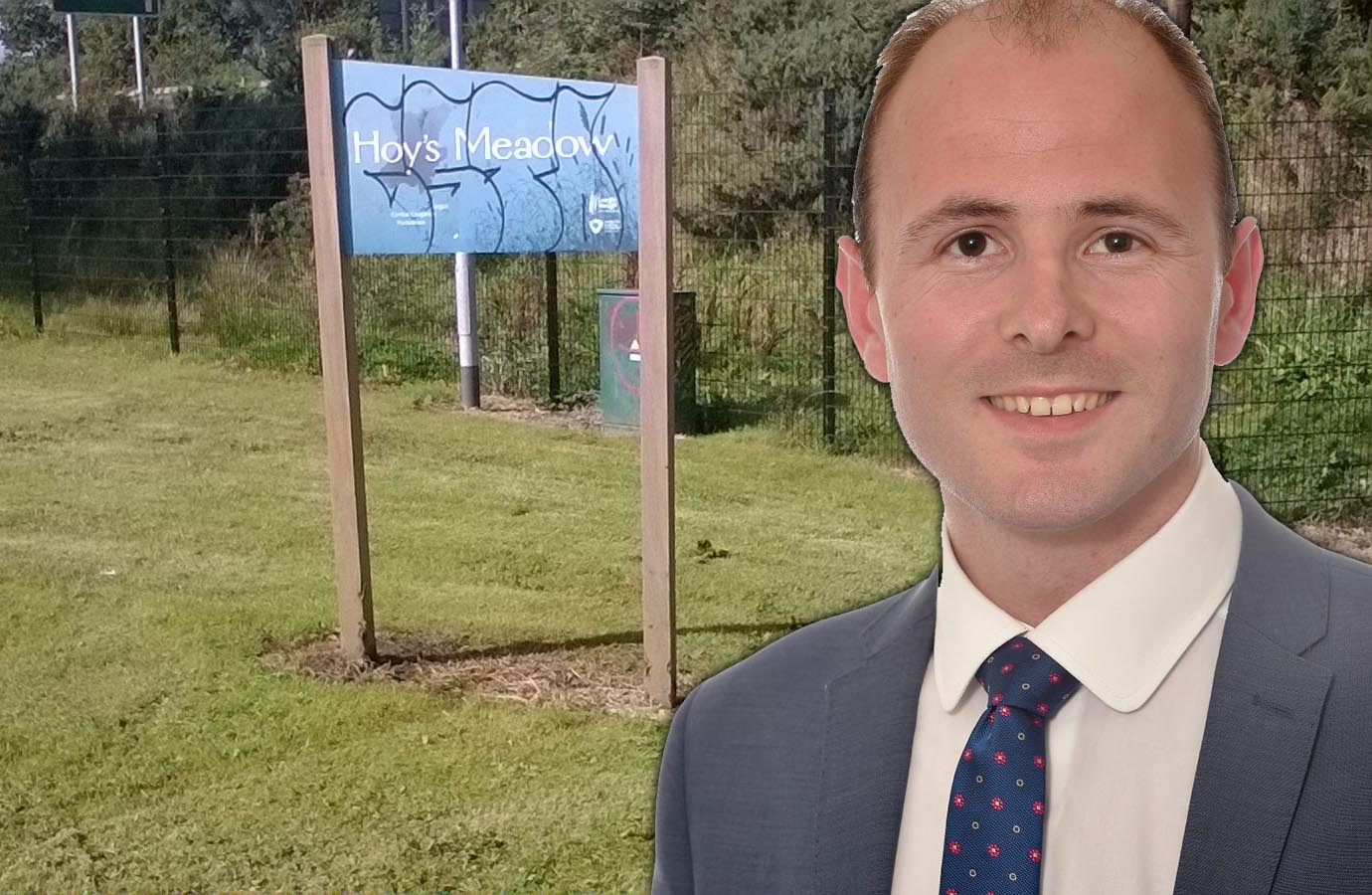 A “sick individual” has targeted a Portadown councillor with abusive and defamatory graffiti in the Hoy’s Meadow area of the town.

It’s not the first time DUP councillor Darryn Causby has been targeted by vandals but the local representative says he will not be intimidated for trying to enhance the area or speaking out about drugs.

“This is not the first time an incident of this type has occurred in Portadown,” explained councillor Causby.

“However the language used against me, which is libellous and defamatory is deeply upsetting.

“Unfortunately abuse is common as a public representative but this is beyond the pale.

“Those responsible need to realise that what they are doing is criminal and it will not deter me from my role as a public representative.

“I will always continue to fight for the Hoy’s Meadow area to ensure the area received much needed investment.”

He added: “I have informed the Police who ensured me that they will carry out a full investigation. I want to thank those who have been supportive to me since the incident and also to the Council who swiftly removed the graffiti on Monday morning.

“I would ask that if anyone does have any knowledge of this, that they bring that forward to the PSNI.”