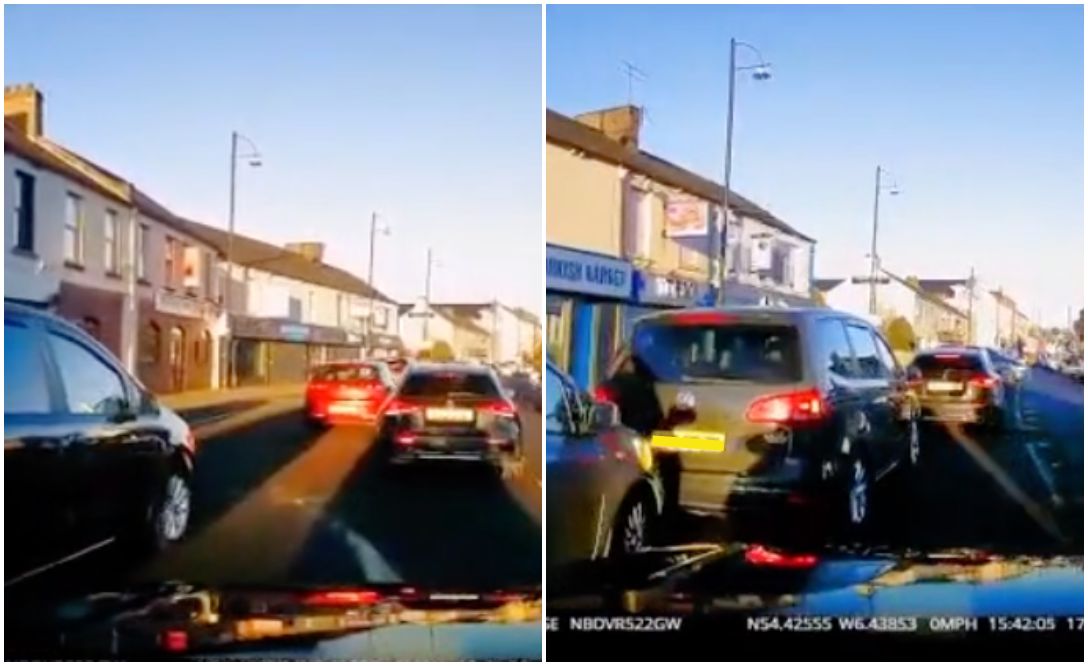 An online video showing the moment a Portadown motorist drives into the back of a car after blocking another one from merging has been viewed more than 5.7 million times.

Luc Donaldson made a TikTok video of the incident in Bridge Street last week.

The footage shows a woman, in a Kia, driving closely behind the Volkswagen in front, leaving no gap for Mr Donaldson to merge in between the two vehicles.

When the Volkswagen in front stops, the Kia driver does not notice and ends up crashing into the back of it

The footage was filmed with Mr Donaldson’s dash cam.

He said the low impact crash did not cause much damage, apart from a cracked bumper, and that he had handed the footage over to the drivers after the crash.

He posted the video onto his TikTok on Wednesday, with the message: “It’s a merging lane, lol. Gotta pay attention people.'”

One person commented: “For all of those saying he had no right to merge. Rule 134 of the NI Highway Code recommends merging ‘in turn’. The other car sped up to prevent that.’

as ye do 😅 #crash #payattention #fyp