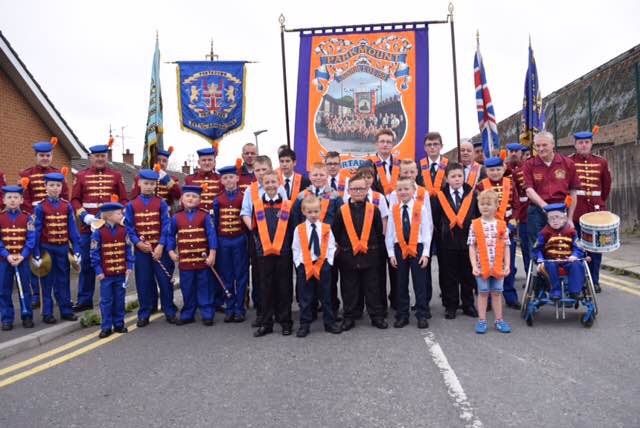 The decision by the Parades Commission to determine against the Parkmount Junior Orange Lodge 150 from unfurling their new banner on Water Street Portadown made little sense when the determination was made and makes little sense now, says Upper Bann MLA Doug Beattie

“I must commend the dignified way the Lodge has conducted itself since that determination and the low key and peaceful ceremony which has now taken place,” said Mr Beattie.

“Having previously written to the Parades Commission to outline the impact of their determination I remain fully supportive of Parkmount Junior Orange Lodge as they continue to maintain their connections with the Parkmount Unionist community.

In a statement released by Karl Black, the Junior Lodge said the following: “This morning, Saturday 28th May 2016, Parkmount Junior Lodge 150 unfurled and dedicated our new banner prior to the annual County Armagh Junior parade. The event was carried out in peace and with respect by the Lodge accompanied by the band, Orange brethren and friends.