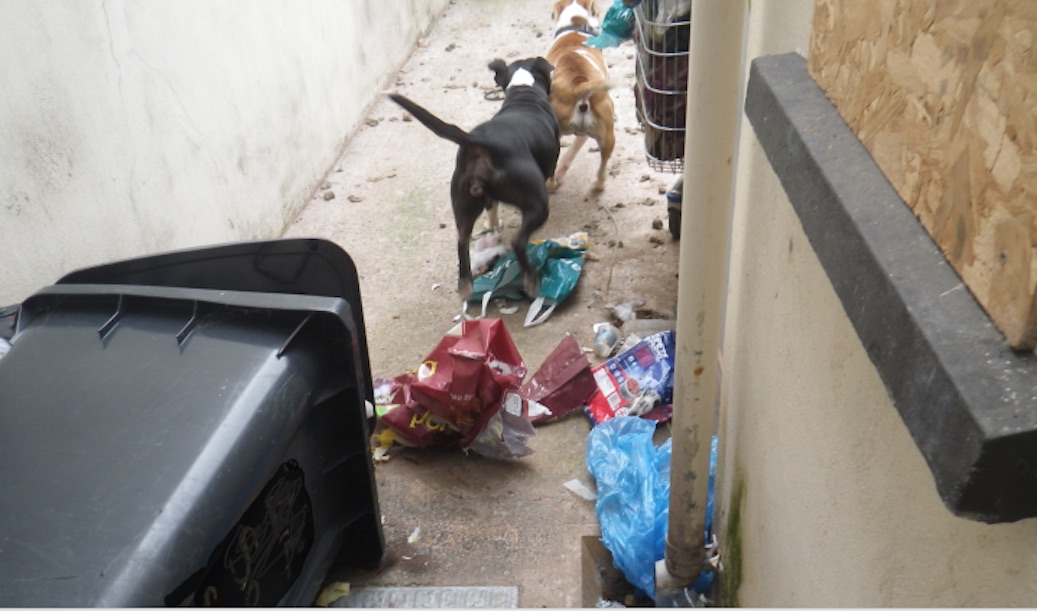 Two Portadown men have been convicted of animal welfare offences after two Staffordshire Bull Terrier dogs were found scavenging for food and with no clean water.

William Ward and Declan Ward, of South Street, were convicted in their absence at Craigavon Departmental Court, sitting before District Judge Brady on Tuesday.

They were charged with failing to ensure the welfare of animals under Section 9 of the Welfare of Animals Act (NI) 2011.

The court was told that on July 21, 2020 an animal welfare officer visited the property where the dogs were kept.

The environment was poor and the officer noted the animals had been scavenging in an upturned bin for food and there was no fresh, clean water.

The animals were exposed to a number of hazards within the yard and it was littered with canine faecal matter.

The welfare officer contacted the vet who said the animals should be taken into possession of the council.

The dogs plus a litter of 12 pups were transferred to council after a court order was granted on October 6, 2020.

District Judge Brady fined each of the men £150 and disqualified them from keeping any animals for five years.

She also awarded costs of £106 in each case.

A spokesperson for Armagh City, Banbridge and Craigavon Borough Council said: “This ruling will hopefully serve as a reminder that anyone who owns a pet must take proper steps to care for them, as required under the Welfare of Animals Act (NI) 2011.

“The council will take action against anyone who fails to ensure the welfare of an animal. Where necessary, they will brought before the courts and dealt with appropriately.”

To report suspected cases of animal cruelty and neglect, contact the council’s animal welfare team on 028 3751 5800 or email animalwelfare@armaghbanbridgecraigavon.gov.uk.