Over 250 tyres dumped along roadside in Portadown as community left to pick up pieces – quite literally! 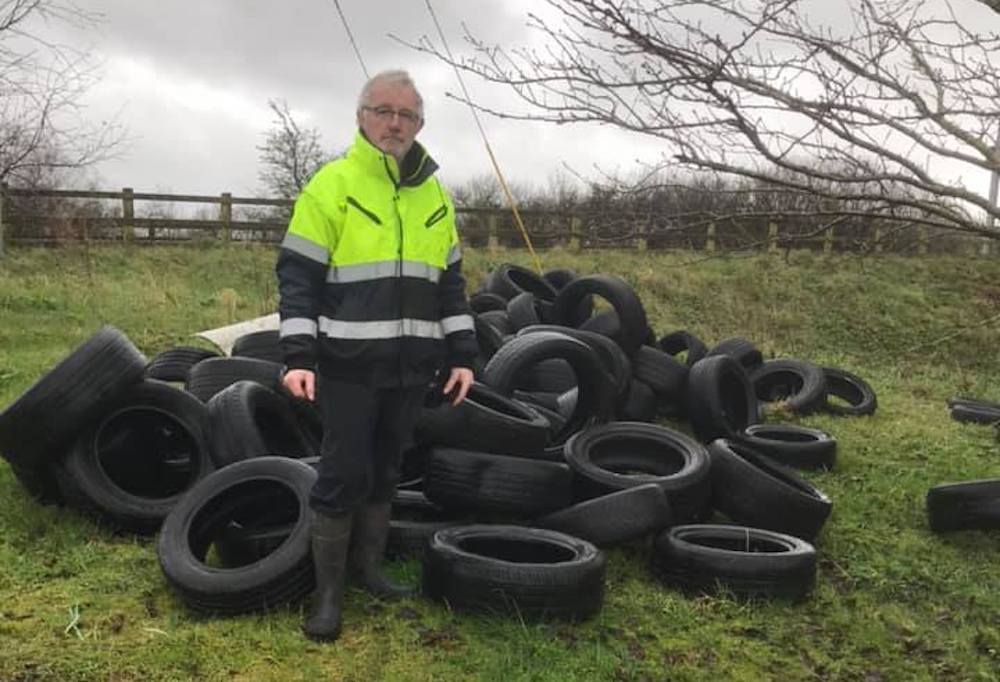 A Portadown community have been left picking up the pieces after fly-tippers dumped over 250 tyres along the roadside over the past two weeks.

Residents of the Birches community spent their Saturday morning clearing the tyres tossed at the roadside, much to the disbelief of one local councillor.

The SDLP’s Eamon McNeill, who was also involved in the clean-up along the Birches Road, said the actions of those vandals responsible were “beyond belief”.

“There were over 250 tyres of all descriptions dumped over the past two weeks in this area,” he explained. “This is totally unacceptable to be polluting our countryside to this extent.”

Councillor McNeill said he has been liaising with ABC Council officials over the last number of months on how to bring this recurring problem to a halt.

“Several ideas are being discussed on how best to bring this to a satisfactory conclusion,” he said. “Again much appreciation to the Birches Community for the use of their machinery, in transporting these tyres to a drop off point where they will be picked up next week by ABC Council.

“Again this is more unnecessary resources that Council has to use.”