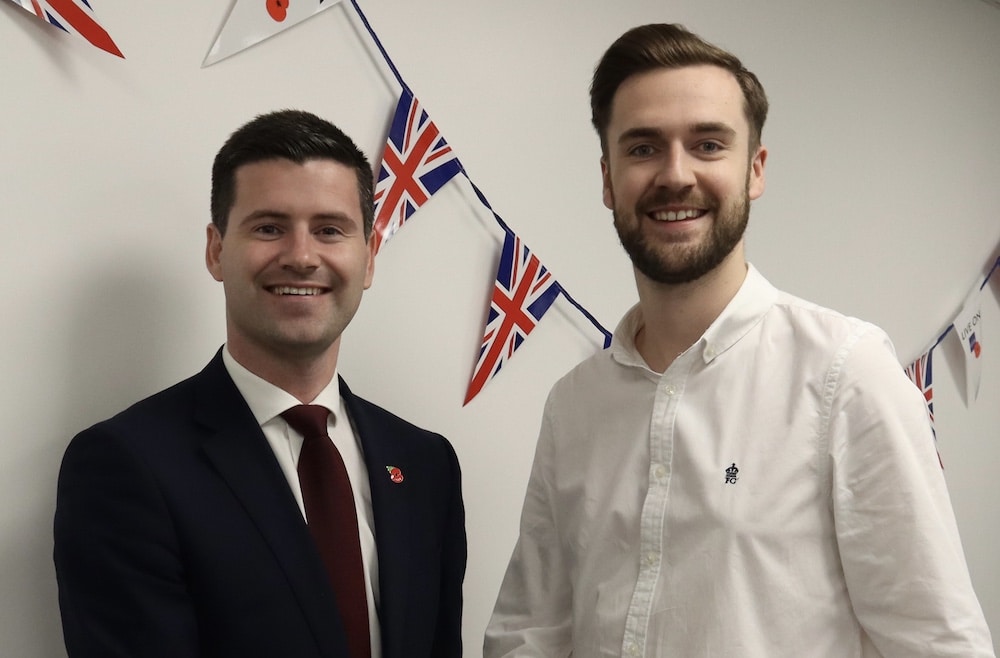 A new DUP councillor has been co-opted to represent Portadown.

Upper Bann MLA Jonathan Buckley has announced that Kyle Moutray will replace Darryn Causby who recently stepped down from his position on ABC Council.

The Upper Bann MLA said: “I am delighted to announce that Kyle Moutray has been co-opted as the new Councillor for Portadown, who will replace Darryn Causby as your local representative on ABC Council.

“Many of you will know Kyle from working in my office in Portadown over the last three years, and in this time he has proven himself to be driven, astute and dependable with a strong passion for community.

“I wish him the absolute best in this role and I have every confidence that he will deliver for his constituents.”

Cllr Kyle Moutray commented: “First and foremost, it’s a great honour to be selected to represent the people of Portadown DEA on Council. It is my aim to bring the same drive, commitment and sincerity as my predecessor, Darryn Causby.

“I would like to pay tribute to Darryn for his first-class record of delivery for the local community over the last 12 years on Council, and I know his presence will be sorely missed both politically and on a personal level.

“I look forward to working alongside my DUP colleagues to deliver high quality services at the lowest possible rates, developing partnerships for stronger communities, and to give the people of Portadown a strong, dependable voice on ABC Council.”