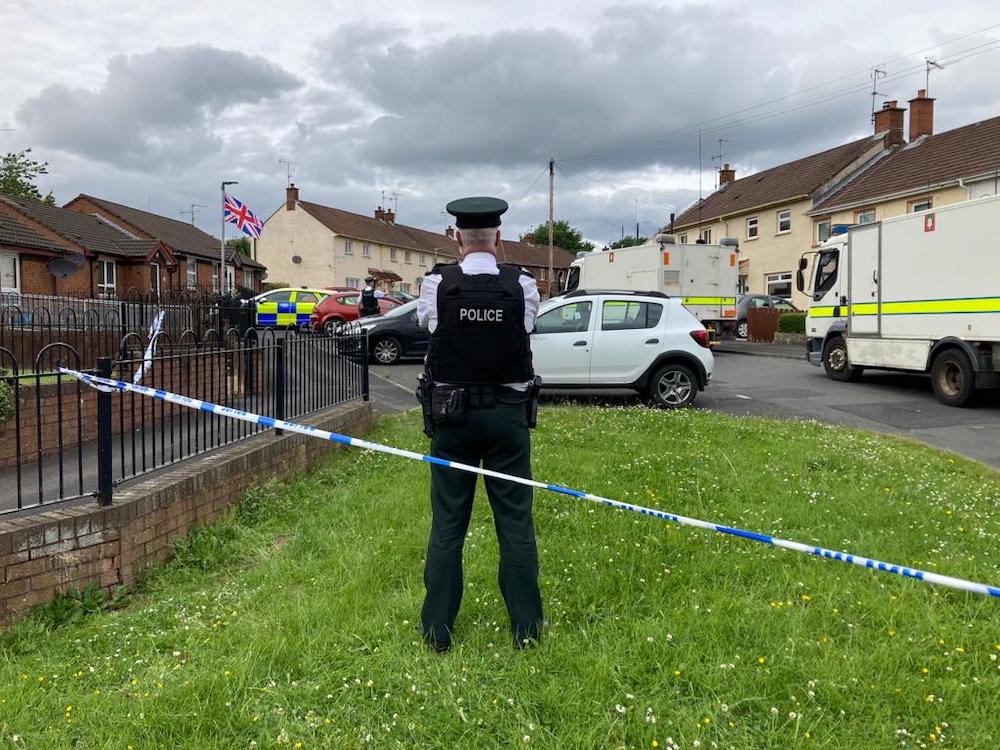 Residents of a Portadown housing development have appealed to those responsible for a security alert today (Monday) to let them live in peace.

Up to 60 homes in Glanroy Avenue, just off the Brownstown Road, were evacuated shortly after 2pm today.

Police were called after a suspicious object was discovered on the road.

It is the second time in less than six weeks that residents have had to be moved from their homes after an object was left in the estate.

On the last occasion, it was discovered to be a viable pipe bomb device.

One woman who has lived there for 15 years, said her children and grandchildren were in the house when they were told to leave.

“People don’t need that around here,” she said. “The grandchildren were worried because I had to go back to the house for something. It scared them.

“Whoever is doing it, please stop. Nobody wants it. We don’t want to go back to the way it was. We don’t know what it’s all about but it’s very disturbing.”

Another resident also expressed his disgust and frustration.

“I had my two kids staying with me and I had to phone their mum to come and pick them up,” he said.

“It’s normally nice and quiet around here. I’ve lived here for 10 years and nothing like that ever happens. We just want to go back to normal.”

DUP councillor Darryn Causby, who lives in the area, said it had been distressing for everyone, particularly as people were going to schools to pick up children at the time and the street was very busy.

“Residents have gone to stay in families’ houses and Brownstown Community Centre and the YMCA are also open,” he said.

“These are the same families who just over a month ago were evacuated, and a viable pipe bomb device was found.

“Brownstown is a quiet area. People all pulled together during the Covid response and they were starting to enjoy the summer and coming out of lockdown.

“This is instilling a sense of fear and I would say to whoever is responsible that the community is totally opposed to this sort of behaviour.

“It is intolerable. People don’t want it, they have suffered enough.

“It is about time you left them alone, that you left us alone, to live our lives in peace.”

DUP MP Carla Lockhart added: “It is only a matter of a few weeks since the residents of Glanroy Avenue were subjected to a similar alert. It is totally unacceptable that the local community are being disturbed in this way, removed from their homes with all the annoyance and distress that comes with this situation.

“I commend the PSNI and Army Technical Officers for their work here at the scene and also place on record my thanks to the local YMCA for opening their doors to facilitate residents.”