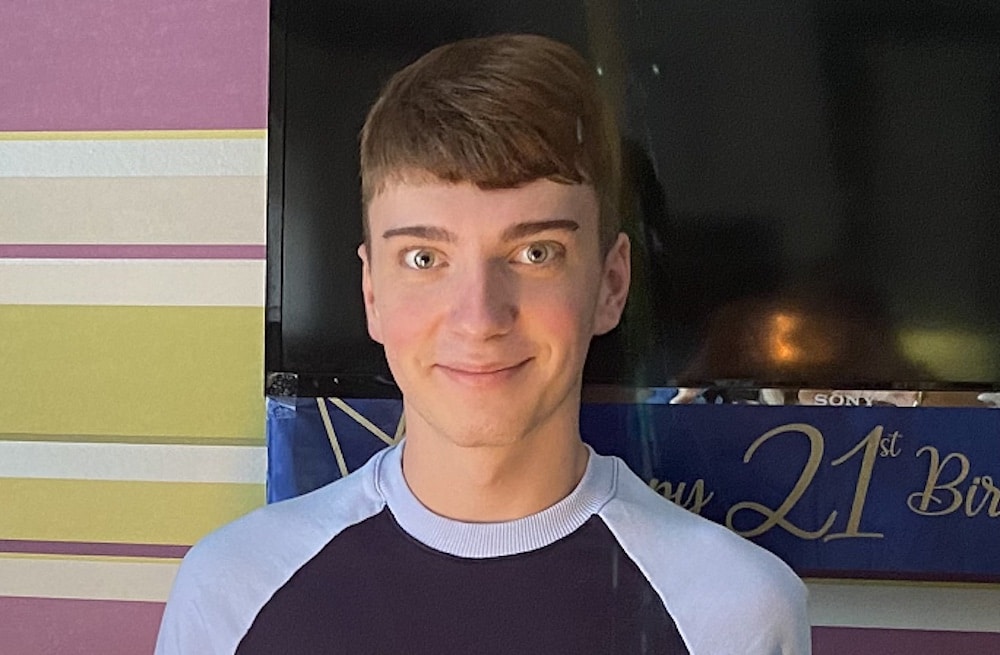 A Portadown student who died after being struck by a lorry outside Cookstown on Wednesday has been described as someone who “would have done anything for anybody”.

Lee Usher, who was just 21, died at the scene of the collision on the Tullywiggan Road shortly before 4pm on Wednesday.

The Business Management Degree student, who was studying at the nearby Loughry Campus, was also a part-time worker at Woods Centra on the Dobbin Road in Portadown.

Owner Philip Woods, speaking to the Newsletter, said: “You could hear a pin drop today. Nobody is talking – everybody is in complete shock.

“He was the best lad. Lee would have done anything for anybody. He was with us here for four years and to be honest, he was like one of the family.

“He came in as a young lad out of school, worked here part-time, and went on to university. I couldn’t say enough good things about him.”

CAFRE said staff and students “are deeply saddened by the tragic news” and that “Lee will be sadly missed by everyone at Loughry. Our condolences go to Lee’s family and friends at this very sad time”.

Upper Bann Assembly candidate, jonny Buckley commented: “Devastating news of the sudden and tragic loss of local lad Lee Usher. A young man, well known and respected in the community; a degree student with such a bright future ahead of him.

“My sincere condolences to Lee’s family, friends and work colleagues, as they seek to come to terms with such shocking and sad news.”

Tributes flooded in over social media, with one friend describing him as “one of Loughry’s best”.

Another wrote: “Taken far too soon. RIP Lee, we’re all going to miss you so much.”

Lee was also described as “a pleasure to be around, both in and out of the classroom, Lee will be missed by many and remembered by all at Loughry Campus”.