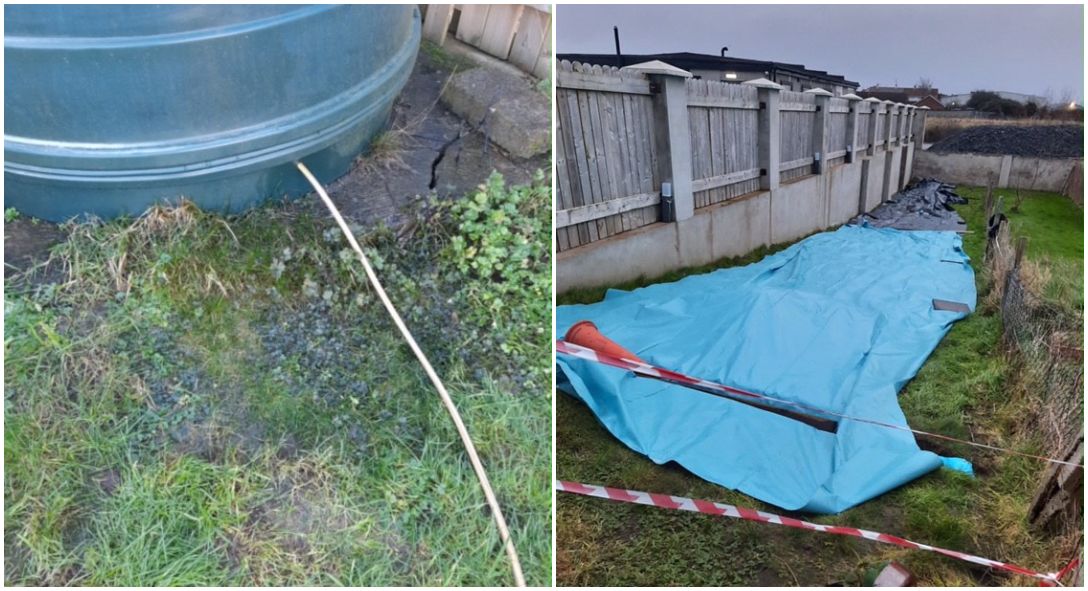 This is the scene left behind after thieves drilled into and drained an oil tank at a Portadown home.

Sinn Féin councillor Paul Duffy has condemned the theft of oil from the home in Obins Street as “heartless and an environmental disaster”.

The theft occurred sometime between the January 25-26 when the culprits first drilled into the tank, which was full of oil in the region of 2000 litres, before attaching a hose and taking whatever oil they could.

Councillor Duffy commented: “The resident was first alerted when an environmental officer called with PSNI and said they had received information of an oil leak near the river.

“Soil samples have been taken to determine the extent of the damage and the covers placed over the area to stop the oil being being washed further into the ground.

Anyone with any information should contact the PSNI on 101 or Crimestoppers on 0800555111 and please report any suspicious activity.