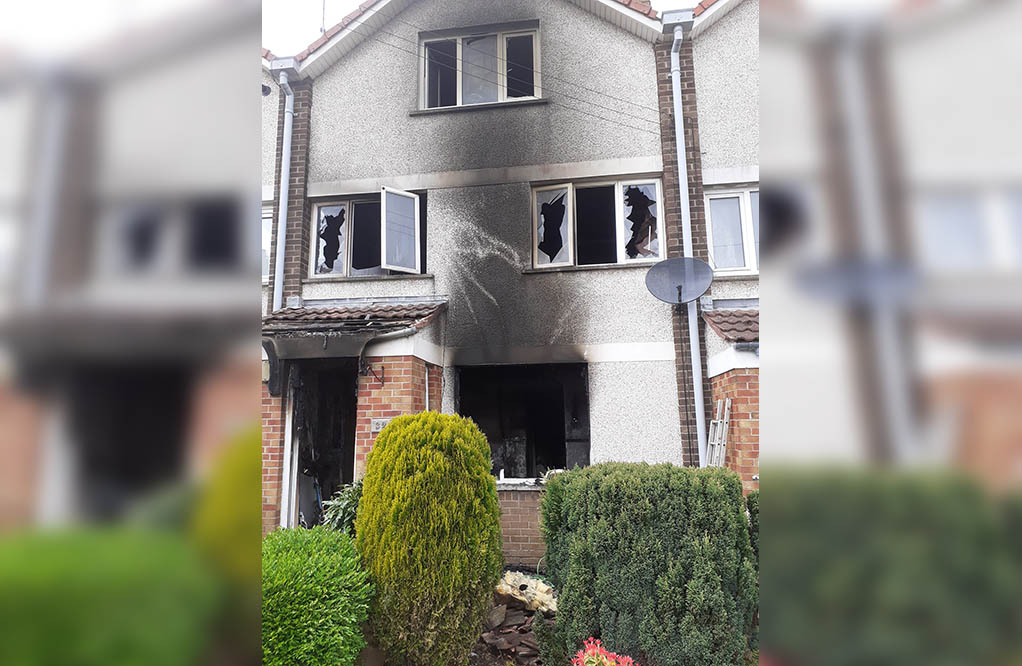 An elderly woman, in her nineties, was rescued from her home Portadown during the early hours of Easter Sunday morning.

It follows a blaze next door to the lady, believed to have been started deliberately, in the Obins Drive area – completely gutting the three-storey property .

The woman, who was carried to safety, was left “traumatised” by the incident – according to her daughter – but fortunately good neighbours took care of her in the immediate aftermath.

A police spokesperson confirmed to Armagh I, a man had been arrested.

“Following a fire at a house in the Obins Drive area of Portadown on Sunday, detectives have arrested a 28-year-old man. He is currently assisting police with their enquiries.”

Portadown sinn Fein Councillor, Paul Duffy, commented: “The fire services were called in the early hours to tackle the blaze which was believed to be deliberate.

“An elderly woman had to be carried to a neighbour’s house for safety.

“PSNI are still carrying out their investigation and anyone with any information should contact them.”

Police are continuing to establish the circumstances surrounding the incident and would appeal to anyone with any information to contact police on 101, quoting reference number 296 04/04/21.

A report can also be made online using the non-emergency reporting form via http://www.psni.police.uk/makeareport/. You can also contact Crimestoppers anonymously on 0800 555 111 or online at http://crimestoppers-uk.org/.