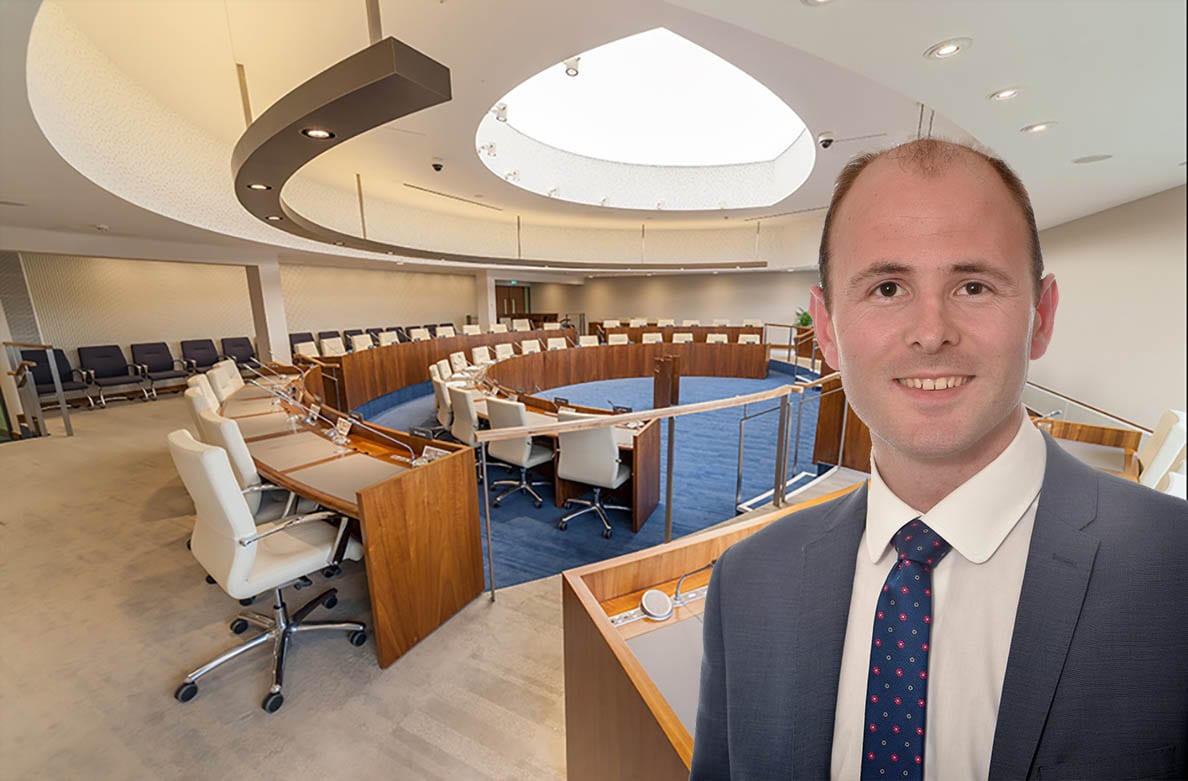 Nearly a week after announcing his decision to leave the DUP, Councillor Darryn Causby said he has no regrets about the decision and reaffirmed his commitment to deliver for his constituents.

He topped the poll in Portadown in 2019, with 18.51 per cent of the first preference votes but on Friday, June 18, less than 24 hours after Edwin Poots announced he would be stepping down as the party’s leader, Councillor Causby confirmed he had left the DUP for “political reasons”.

Now, the Portadown councillor has said those who voted for him can be assured he will continue to represent them, and the wider constituency, to the best of his ability.

“My decision to leave the DUP has no bearing on the work I will do for my constituents,” Councillor Causby told the Local Democracy Reporting Service.

“I made a commitment to the electorate when they elected me and I will follow through on that.

“I have thought about stepping away from politics, I have been thinking about my family and my two boys but I have also been think about my community and that fact my boys are growing up here, who would do the work if I was not doing it?

“A few folks from Brownstown have said they voted for me because I am from the community and I am proud of the fact I have their vote because I live in the estate and am a working class loyalist.”

“There is still much I feel I can do to represent this community and I will continue to be the voice of those who put me in place.”

Reflecting on the reaction to his decision to resign from the DUP, Cllr Causby said it has been overwhelmingly positive with many, including local members of his former party, “respectful and understanding” of his decision.

“People have been gracious and supportive of my decision – you only have to look at my social media to see that,” he said.

“I have hundreds of messages from people who know how hard this decision has been for me. The response has been very respectful and understanding.

“I was at the True Blues band parade on Saturday (June 19) and everyone that spoke to me was hugely supportive and I have been really encouraged by the reaction to this decision.

“I have left the party for political reasons, the members of the DUP in ABC and Upper Bann have done me no wrong, they have been nothing but good to me and gracious and respectful of my decision.

“[DUP group leader, Councillor] Mark Baxter was groomsman at my wedding and if I was getting married tomorrow, both he and [Alderman] Stephen Moutray would be there with me, along with others from the party.

“They are not just colleagues and I have not left on bad terms with the local party, I am sad it has come to this but that is just the way it is and at this stage I have no regrets about it.”

Noting the strength of his personal relationships with members of the local DUP, Councillor Causby refused to rule out one day returning to the party.

“The only thing I can promise is that I will continue to deliver for my constituents.

“Someone asked me at the parade on Saturday if I would be heading to the TUV or UUP, I told them I left the DUP and left it at that.

“I have no intention, at this stage, of joining any political party.”