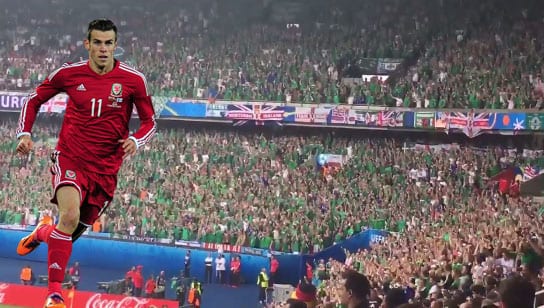 A Portadown man has spoken of his anguish after a cancelled flight ended his dream of seeing his beloved Northern Ireland take on Wales in tonight’s Euro 2016 knock-out match in France.

Peter Hunniford, like many others like him, were making arrangements to travel over for the historic game after Northern Ireland qualified for the last 16.

But there was chaos at the airport and Peter, and many other members of the Green and White Army, were halted in their tracks.

They had been due to get an easyJet flight to Gatwick at 8pm.

Peter had been intending to travel with a friend by air, then meet up with another friend and from there take the Channel Tunnel.

He said the 8pm flight would have been full of Northern Ireland fans. They were told on arrival that it had been delayed until 11pm.

From there they were called to the gate and waited for a further half hour.

At this stage, with no explanation, the deflated fans were told by staff that the flight had been cancelled and they were escorted back to the check-in lounge.

Peter said there was only one person on the desk, dealing with about 200 people who were waiting to find out what was going on.

He explained: “After about 45 minutes we were told that the flight was now going to go ahead but we had to get back through security.

“When we got back to the gate only the first 20 people got on the flight and they closed the doors and left leaving all other passengers behind.

“We were then told easyJet could do nothing and as the flight left and was not cancelled we can’t get a refund.”

Peter said he, like so many others, were now left at home, devastated by the debacle.

They are also out the expense of cancelled accommodation, tickets and other expenses – which runs into hundreds of pounds.

easyJet has confirmed some passengers missed their flights.

It released a statement to explain the situation and apologised to those left disappointed.

“Due to air traffic control restrictions at Belfast International yesterday it was expected that the flight would need to be cancelled and so our ground agents transferred passengers back through security,” said easyJet.

“However, during this time it was confirmed that the flight could depart in a limited time window.

“As a result unfortunately not all passengers had time to return through security for the departure.

“Passengers who did not travel yesterday were offered overnight accommodation and transfers on to other flights from Belfast this morning.

“We would like to sincerely apologise for the inconvenience caused.”