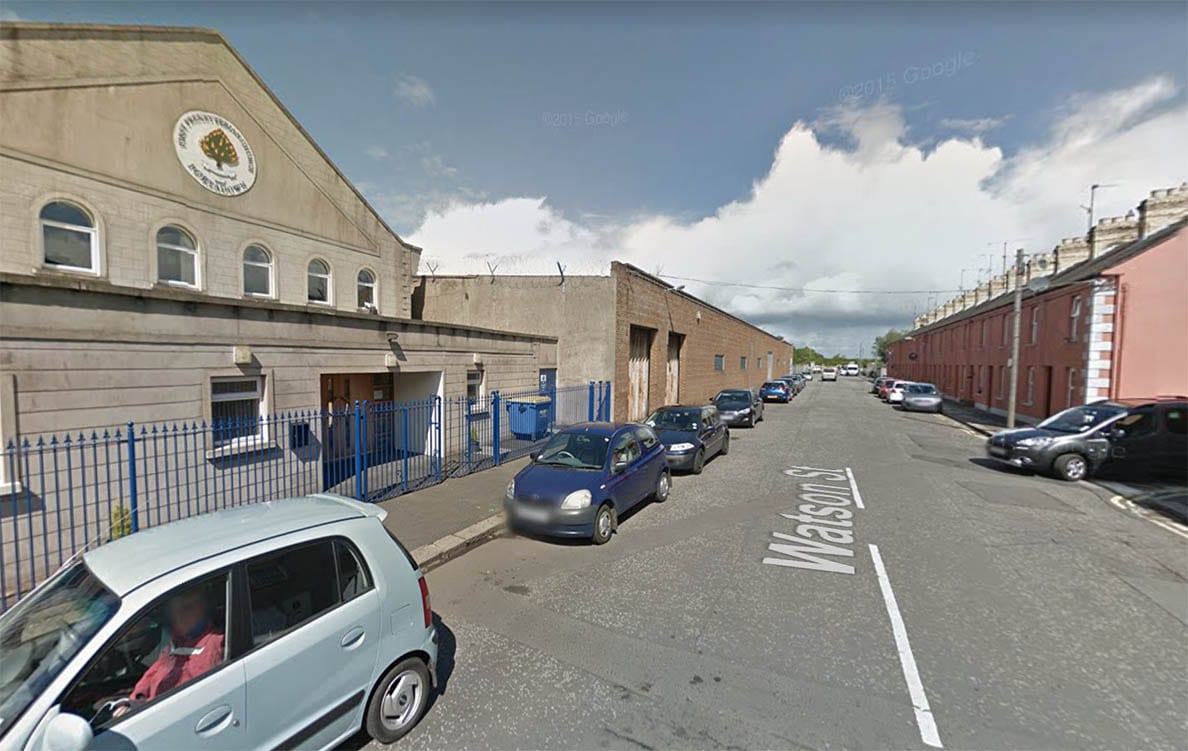 A £5.7m plan to build a church at the site of the world-famous Wade pottery has been recommended for approval this week – despite concerns raised from a neighbouring church.

The development has been in the pipeline for quite some time now, however, the decision was deferred because of those concerns.

The Elim Church in Portadown first brought forward proposals almost two years ago, in the summer of 2016.

On Wednesday Armagh City, Banbridge and Craigavon Borough Council were presented with an opinion to approve the application.

Planners are content that the scheme is satisfactory for the location having consulted with the usual statutory bodies.

But among the objections received was one from First Portadown Presbyterian Church, which is also located on Watson Street.

It has various complaints in relation to traffic and other issues.

The congregational secretary of First Portadown Presbyterian Church has written to planning officials to outline those objections which it would like to see addressed by “our Elim friends” before any development would proceed.

Mr N R McClelland, in his correspondence, said: “We, as a church, have worshipped for almost 200 years at our present location and we would hope that the planned relocation and expansion of Elim into the Edenderry will be a great opportunity to continue to expand Christ’s Kingdom.”

But the objector is of the opinion that there are issues which need to be looked at as a matter of urgency, given the scale of the Elim proposals.

“The new traffic light system will direct this increased volume of traffic through Joseph Street into Watson Street, through junctions that were not designed for this intense volume nor were they designed for today’s large vehicles such as delivery, buses and coaches.

“As an immediate neighbour to the site of the proposed development, we are of the view that this project will have a substantial impact on the safety of pedestians as well as the availability of safe access and parking of cars, together with delivery and refuse collection vehicles, buses and coaches.

“We have concerns regarding the proposed erection of such a large complex on the property to the side of our facility.”

According to the actual planning application, the construction of the new church would incorporate various facilities on site, including crèches, children’s rooms, multi-purpose halls, meeting rooms and offices.

There would also be car parking – with 244 spaces, as well as 11 disabled bays, 26 mother and toddler and minibus and coaching spaces – as well as associated site works carried out.

A design and access statement submitted with the proposals said the work would see the demolition of the remaining buildings on site. The new church would comprise one mainly single storey building which would stretch to around 5,700 sq metres.

In terms of access, it states: “The site is a designated development opportunity site, within the town centre boundary, with established footpath links providing connections to all parts of the town.

“Bridge Street, which is approximately 75m from the main entrance onto Watson Street, forms part of the local public transport network, with local bus services providing access throughout the town and beyond. The car park provides a drop off zone for car, coach and minibus users.

“It is considered the building has been designed to make optimum use of the existing pedestrian and vehicular links that are part of the established infrastructure.”

The Elim Pentecostal Church bought the former pottery works at Watson Street a few years ago.

The intention had been to accommodate a growing congregation and transfer all church activities from the existing building at Clonavon Street, where they have been located since 1934.

The Watson Street site stretches to over four acres and has become nothing more than an eyesore, a hot-bed for anti-social behaviour in the town centre.

The old Wade Potteries factory in Portadown opened shortly after the end of the Second World War on the site of a former Victorian mill, trading first as George Wade & Sons. It provided great employment opportunities in Portadown and well beyond County Armagh, and was famous worldwide.

After over half a century of production, the Wade story came to an end in 2002, and the Elim Church later purchased the expansive site.

The proposals have been under detailed consideration for many months now.

However, following lengthy discussions in chamber, it was decided by councillors defer any decision in order to carry out a site visit – most likely on a Sunday when the road is at its busiest – in a bid to better understand the concerns raised.

No date has been earmarked but the case will come before the committee in the next few weeks.