B&M to relocate to ‘bigger and better’ store in Portadown 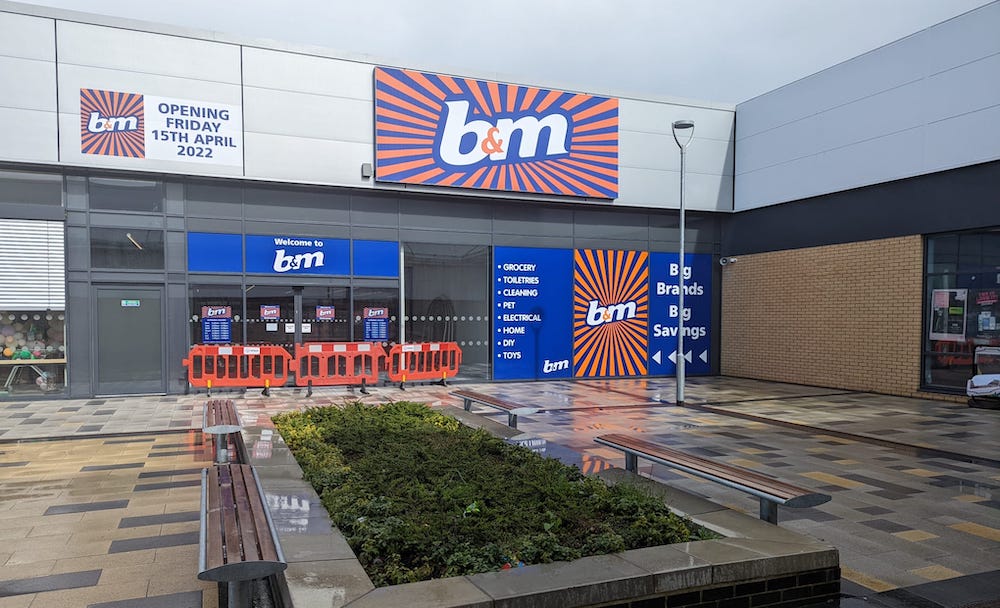 Discount retailer, B&M, has announced that it will be relocating its Portadown store to a much “bigger and better” site a stone’s throw away.

Following feedback from regular shoppers that they wanted a bigger shop and even more products, the store team have today confirmed that they will be moving into the redeveloped High Street Mall next to Lidl.

The store will be five times bigger than the previous with over 27,092sq. ft. of sales space, offering an even bigger selection of great bargains from grocery, toiletries and health & beauty to toys, homeware and DIY.

The Portadown bargains store shut their tills for the final time on April 1 but, customers won’t have to wait much longer to get back in to store as the new site will open its doors at 9am on Friday, April 15.

The store manager at B&M Portadown, said: “We wanted a bigger and better store for our customers, giving them even more big branded products.”

“We hope customers are going to be delighted with their new store, we’re really excited to get the doors open next week.”