Award winning butcher faces fine of up to £25,000 after teenage employee loses finger in mincer 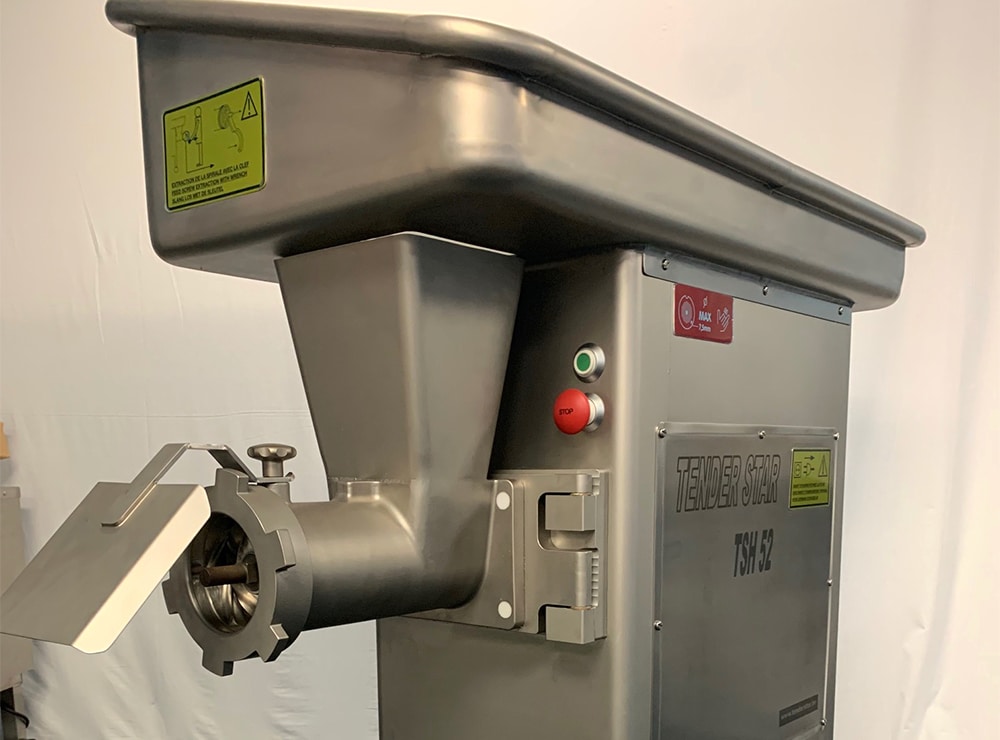 An award winning and “well respected” butcher faces a fine up to £25,000 after a teenage employee lost a finger in a mincer machine, a court heard today (Thursday).

In a written opening submitted to Craigavon Crown Court, prosecuting counsel Michael Chambers outlined how a 16-year-old employee at M&W Farm Meats butchers counter at Costcutters in Moygashel when the incident happened on November 18, 2017.

Before the court having pleaded guilty to single charges under health and safety legislation were Clayton Moore, t/a M&W Farm Meats, Moy Road, Portadown and George Hamill, from the Ballycullen Road in Dungannon.

Mark Barrett was employed as a “general operative” by Mr Moore rather than as an apprentice and part of his role was to clean machinery for which he said he had received “some informal training.”

On the day of the incident, the court heard, the teenager was working under the supervision of master butcher Mr Hamill and was cleaning the mincer machine when his cloth “fell down the mincers feed throat and he was unable to retrieve it”.

Mr Hamill went to help him “by loosening the toggle clamps which prevent access to the mincing blades” but as he tilted the feed throat so Mr Barrett could reach in to get the cloth, “the machine started up”.

Having undergone multiple operations, the middle finger has been fused with metal work inserted but the teenager has reduced grip, ongoing sensitivity to the cold and while continuing to work as a joiner, “he has been traumatised by what happened.”

During interviews when Mr Hamill was asked why the isolator switch for the machine had not been turned off, he stated: “The only thing I can say is we were so busy, coming near the end of the day, and obviously with Saturday being a very, very busy day, tiredness prevented me maybe from turning the isolator button off.”

Mr Moore accepted that having delegated health and safety training to Mr Hamill, it had never been “signed off or documented”.

In outlining the prosecution case, Mr Chambers submitted that Mr Moore ought to have ensured that formal training was given to the teenager and that “insufficient thought was given to the need to take extra care when employing a 16-year-old to work with dangerous machinery” while in Mr Hamill’s case, as a master butcher he “ought to have ensured that the machine was switched off”.

Defence counsel Jonpaul Shields, acting for Mr Moore, submitted there had been a procedure in place that the mincer needed to be turned off before cleaning and further that had the procedure been followed, there would have been no incident and no harm caused.

Mr Moore, he told the court, has a “very good health and safety record” and has since taken all recommended steps to ensure that extra care is taken in the future.

Mr Shields said it was fortunate that he had continued to trade, and to employ both Mr Hamill and up to 30 other staff members, throughout the pandemic and looking at themselves “as part of the community…have assisted in many local drives for food, particularly in relation to older people.”

“Whilst not looking to misdirect or assume blame elsewhere, I think Mr Hamill has been very clear that this was a momentary lapse in concentration and an isolated incident for a business that prides itself in safety,” said the lawyer.

Mr Hamill’s barrister, Steven Molloy, said he accepted that his client “is the man on the ground…he certainly bears responsibility and accepted that at an early juncture” but added it was not the case that Mr Barrett “was left to his own devices.”

He revealed that Mr Hamill, who has been a butcher for 35 years, “has visited the victim and his family several times” since the incident and submitted that when it comes to sentencing, the court should keep in mind that the defendant “is an employee with limited means.”

Adjourning passing sentence until August 6, Judge Paul Ramsey QC said he wanted “to get the right sentence for the right case” and freed both men, who appeared at court via videolink, on continuing bail.