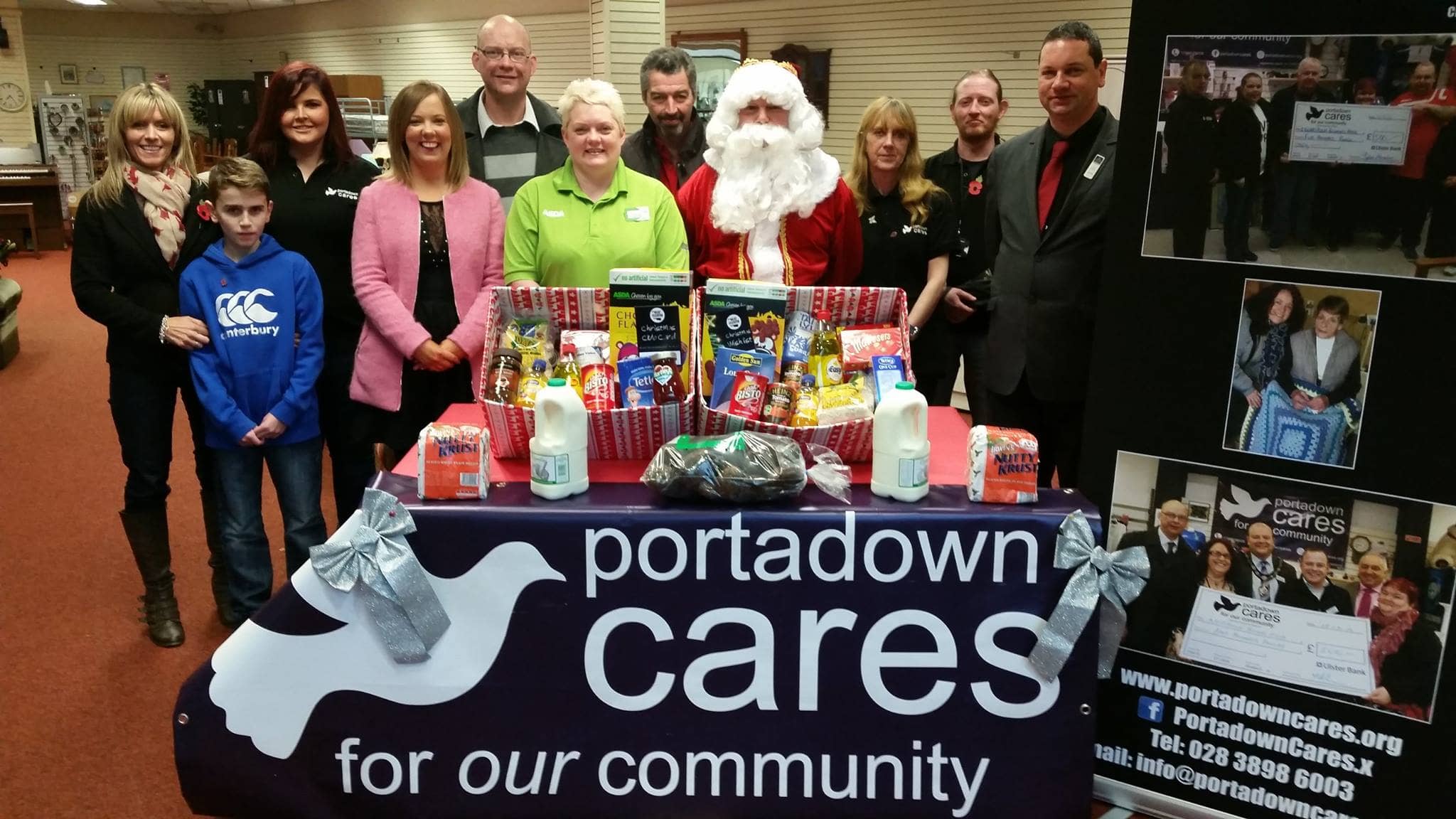 A Portadown-based charity has launched its annual Christmas hamper campaign and is looking forward to once again helping others this festive season.

Portadown Cares, which describes itself as providing a ‘community hug’ to those in need in the local area, launched the campaign at the weekend at its charity shop in the town.

The charity says it strives to help those people in the town who, through no fault of their own, have fallen on hard times.

Portadown Cares offers practical help, such as pointing people in the right direction in relation to accessing benefits and counselling services.

But the Christmas appeal is one of the big annual events, distributing food hampers to local pensioners and families in need, at a time of year which is recognised as being the most expensive and putting food on tables where there may be done.

Deputy Mayor of Craigavon Borough Council, Cllr Catherine Seeley, has commended Portadown Cares for the work they do within the Portadown community, helping the most vulnerable and needy.

She was speaking after an event she attended with Portadown Cllr Paul Duffy in the charity’s town shop last weekend.

Cllr Seeley said: “I was delighted to be invited along to help Portadown Cares launch their Christmas hamper campaign. Both the chair and vice chair, Ms Jenkinson and Mr Taylor, made me feel very welcome and thanked me for my support.

“Both spoke in detail of the invaluable service Portadown Cares provides and it was refreshing to see the service being provided on the basis of need.

“Unfortunately there is great need on our own doorsteps and groups such as Portadown Cares must be commended for responding to this.”
For more on Portadown Cares, to access the services provided or offer your help, click the link: http://www.portadowncares.org/