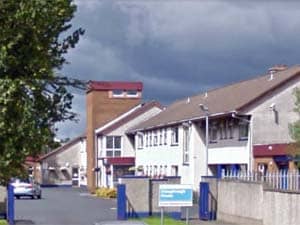 NEWRY and Armagh MLA Dominic Bradley is accusing Health Minister Edwin Poots of allowing the ethos of the NHS to be destroyed following plans to close a number of residential care homes.

The Southern Trust announced today that they are set to close five homes for the elderly, including Cloughreagh House in Bessbrook, two days after the Northern Trust made announced similar plans for their nine care homes.

The proposed closures are part of a wide-ranging reform of the provision of care for the elderly across Northern Ireland and Mr Bradley is worried that the decision will affect some of society’s most vulnerable members.

“The announcement by the Northern Trust yesterday, as well as today’s announcement confirming the intent to close more residential care homes, has created chaos and confusion amongst residents and their families, who have been left without answers as to what the future holds for their loved ones,” he said.

“People are rightly angry and frustrated at the Minister’s ruthless approach where it appears that some of the most vulnerable people in our society are being let down as a result of his uncompromising determination to privatise the very institution which we have proudly boasted as our own for so many years.

“Just look at Cloughreagh in Bessbrook, it is a vital service in the Newry and greater South Armagh area and serves the most vulnerable in our society.

“The Trust has suspended admissions to Cloughreagh in advance of the proposed public consultation,  pre-empting the consultation and  effectively closing it due to lack of admissions.  This is a done deal and makes a mockery of any consultation.”

Under the Transforming Your Care reform programme, NHS services will focus on helping elderly people to live in their own homes for as long as possible, rather than providing residential care.

Almost 80 residents will be affected by the plans announced by the Southern Trust and Mr Bradley expressed concern that privatising the services will be to their detriment.

“I am reiterating my call to the Minister to make a firm commitment to bring forward legislation to protect the health and social care system from privatisation,” he added.

“I have warned him of the dangers of effectively mortgaging our health service to private, profit-driven organisations who are motivated by money making.

“By privatising the system, the Minister is allowing profit to replace patient as the focus in the health service, and destroying an institution which has always put the patient first.”

Angela McVeigh, the Southern Trust’s director of older people and primary care, insists the move is aimed at offering more support and control to elderly people in need of care.

“We are committed to treating each resident as an individual and working with them and their families and carers to ensure their needs are met through any change to the home in which they currently live,” she said.

“There will be focus on helping people remain at home for as long as possible, and offering more choice and control about the type of care available.”