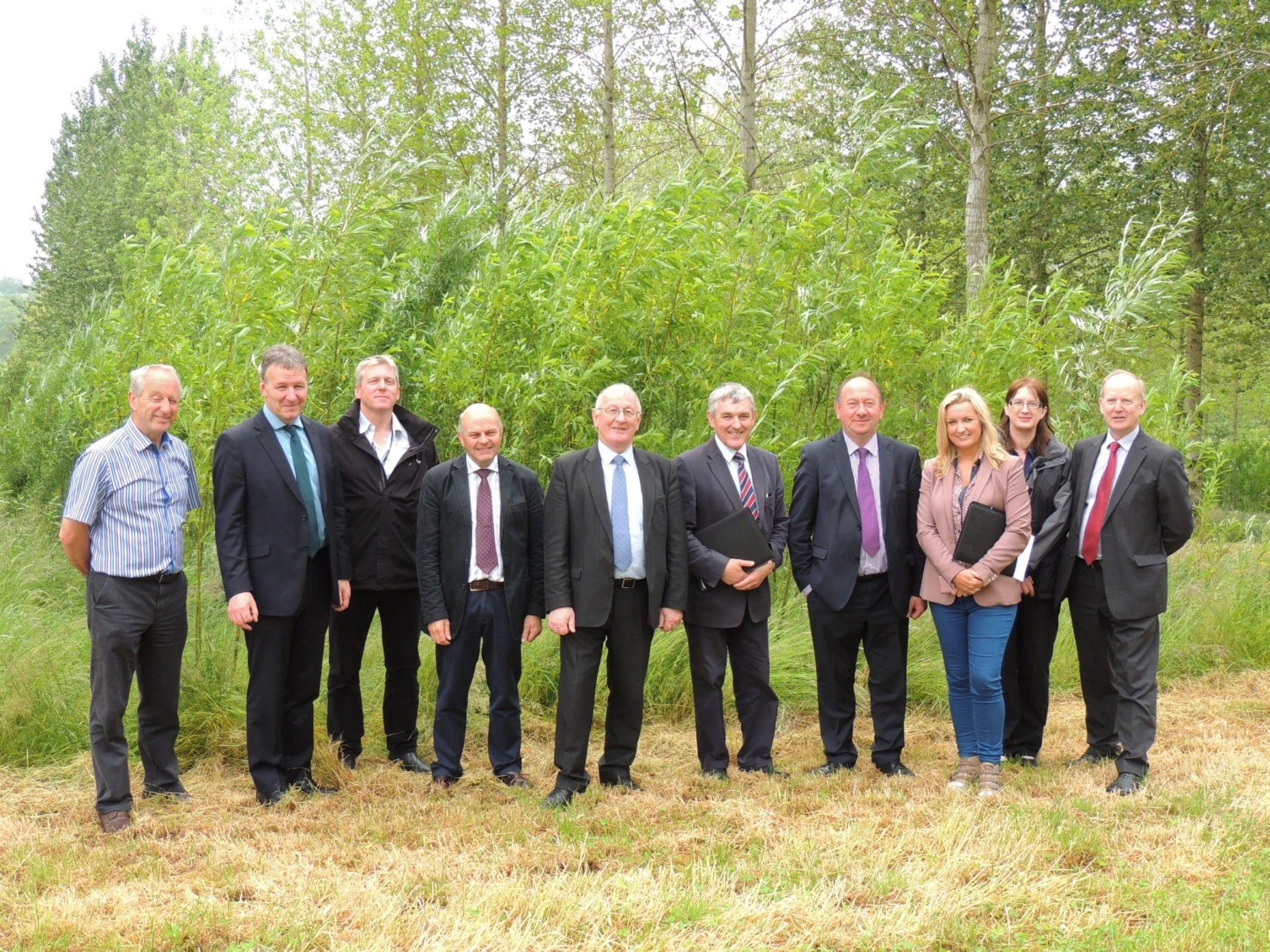 Its vision is ‘Scientific excellence in Northern Ireland … serving the world’.

And the Agri-Food and Biosciences Institute in Loughgall is planning to take that a step further.

An exciting proposal for the Institute will see the establishment of a new Grassland and Plant Science Centre in the County Armagh Village.

Members of Stormont’s Agriculture and Rural Development Committee visited AFBI Loughgall for an update on the research and development work being undertaken in support of the local agri-food sector.

The group were met by Mr Colm McKenna, Chair of the AFBI Board, Professor Seamus Kennedy, CEO AFBI, Dr Sinclair Mayne, Head of the Sustainable Agri Food Science Division and senior scientists working at the station.

Dr Jim McAdam, Head of Crops Grassland and Ecology branch gave a presentation on current work at the centre and highlighted AFBI’s proposal to establish a new Grassland and Plant Science Centre at Loughgall. The Committee were then given a conducted tour of Loughgall by Head of Station and forage grass breeder, David Johnston.

The Committee also discussed details of the beef and sheep research programmes. On the orchard tour, John Beggs, chairman of the Apple Research Levy Payers group succinctly highlighted the need for research ‘Progress is made by trial and error, but real progress is made through research and development’.

Committee Chairperson William Irwin MLA, in summing up, said: “The Committee were very impressed by the wide range of research and development undertaken at Loughgall.

“This work plays an essential role in underpinning the competitiveness and efficiency of the local agricultural and horticultural industries.

“The Committee are also very supportive of AFBI’s proposal to establish a new Grassland and Plant Science Centre at Loughgall.”