Picnic area to be provided at Mill Field play area 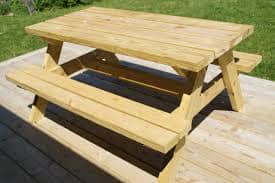 A picnic area is to be provided at the Mill Field in Armagh.

The facility, at the Kingston Memorial Playing Fields, will add to the facilities put in place in recent years.

It already boasts a state-of-the-art play area for children alongside a soccer pitch, brought back into productive use in recent years by the Armagh Boys’ and Girls’ Club and now the venue for the annual Armstrong Cup competition.

Sinn Fein Councillor Mary Doyle asked if two other parks had previously closed and this one opened, with confirmation given that facilities at Gosford and Ballynahone had closed.

Councillor Doyle enquired if there were any plans to open these again and was informed that lobbying had taken place in relation to this.

The Clerk and Chief Executive John Briggs explained that the play equipment had been removed but that discussions were ongoing regarding community use of the space to be funded by external funding.