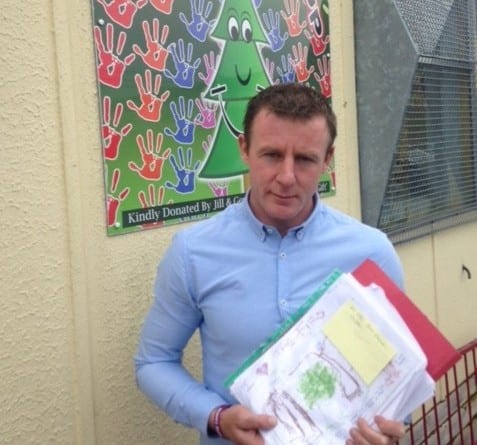 The campaign to save an Armagh playgroup from closure will go all the way to the Northern Ireland Assembly.

The Firs Playgroup, based at Station Road in Armagh, could be forced to shuts its doors after it was revealed that more than £14,000 in funding was being slashed from its budget.

Education Minister John O’Dowd’s reduction of £2 million through the Department’s Early Years Budget could mean the cross-community facility will no longer be able to survive.

When the news was revealed, a petition was started to save the Firs, which caters for 34 families across the city and district.

Now 2305 have signed their name and it is due to be brought to the Assembly this week by Newry and Armagh SDLP Westminster candidate Justin McNulty, who had previously visited the playgroup to meet the staff, children and families who would be affected.

He told Armagh I: “The anger in this community is very real. The Education Minister has unilaterally raided £2 million from the Early Years Fund and the consequences of his actions could be devastating.  There is a genuine fear in the sector, not least by the parents of those whose children attend Firs here in Armagh.

“The Minister must sit up and listen. If he continues with his plans, we will see the loss of 2,500 childhood places and the loss of 177 jobs, many of whom are women. This is on top of the threat to 500 teaching posts and 1,000 support staff.

“Our children only have one chance to be educated and we need to get it right. The message coming across very loud and clear from the sector is that the Minister is failing them and our children.

“Firs is an excellent group and I have been astonished by the real dedication of those who work in the group.

“They are not the only group facing these cuts across Newry and Armagh and the anger is equally as palpable in each group.

“I heard this at first hand in our recent meeting with the Happy Days Parent and Toddler Group at Whitegates Community Centre in Newry.

“The attacks on our children’s education have to stop. We need to be investing more in Early Years education, not less. We need to see more affordable child care provision linked to early years and pre-school education. Parents and educationalists have had enough and they want to see an end to John O’Dowd’s cuts in Education.

“As I travel across Newry and Armagh this is one of the many issues people are raising with me time and time again. I have pledged to fight these cuts as MP.  I will raise these issues at Westminster and will continue to raise them time and time again until the Stormont Executive listen to the voices in our community. Enough is enough.”