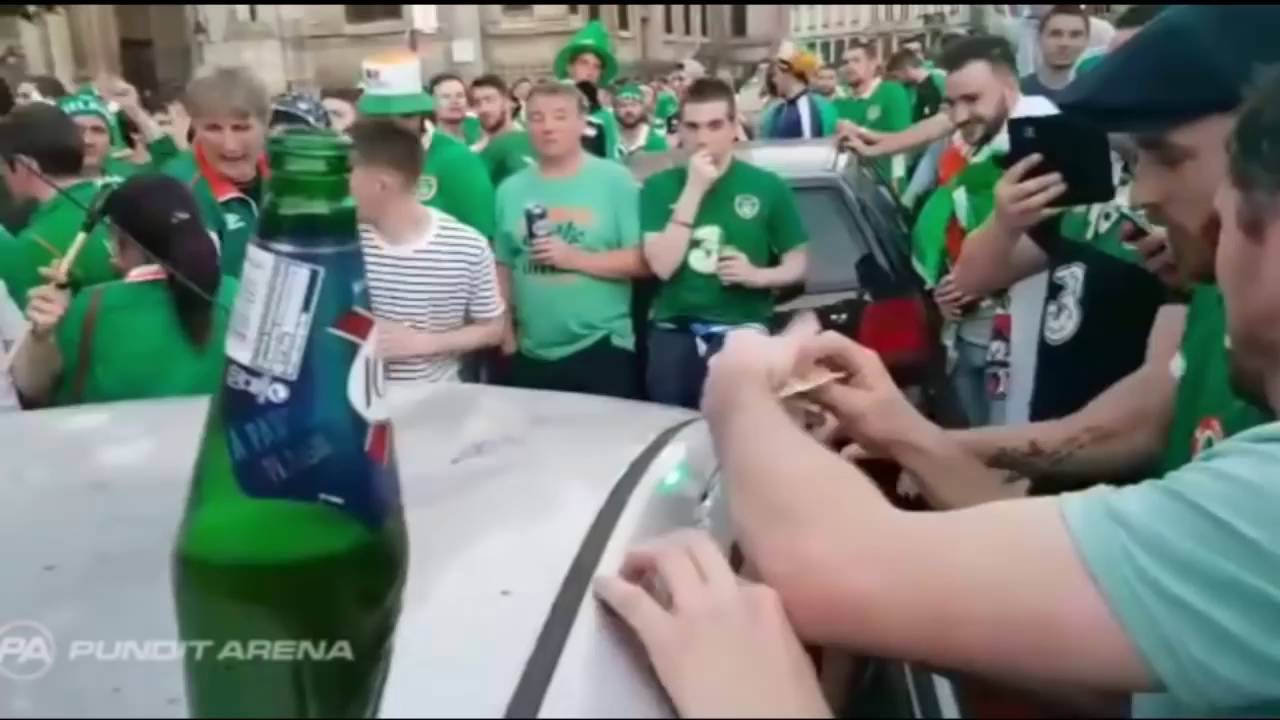 Football fans from Northern Ireland and the Republic brought the ‘craic’ with them to France.

And now both sets of fans are to be rewarded for their behaviour.

The two armies of supporters – the ‘Boys in Green’ and the ‘Green and White Army’ – went viral online with their antics.

From singing lullabies to a baby on a train, to changing a tyre, even joining in a sing-song with the French police and cleaning up after themselves.

Whereever they went, whatever they did, the rest of Europe – nay the world! – fell in love with them!

Ach sure they’re only human!

Now Paris Mayor Anne Hidalgo has confirmed today (Tuesday), and both sets of supporters were to be rewarded for their exemplary behaviour.

News of the honour has been conveyed directly to Irish President Michael D Higgins, by letter, and officials in Northern Ireland have also been informed of the decision.

The loss of a young Northern Ireland football supporter, Darren Rodgers, gave an insight into the closeness and solidarity which existed between the two national teams on this little island.

Two flags, draped over one another, got a huge response.

It was an image which also captured the spirit of the travelling supporters and was in stark contrast to the scenes of rioting which were witnessed with the English supporters bringing shaming on themselves (a feat the team itself later managed against Iceland!!!!!)

The City of Paris Medal will shortly be presented to both sets of supporters here.

Both sides made it through to the last 16 only for Michael O’Neill’s Northern Ireland to lose out to Wales by a solitary goal, and Martin O’Neill’s Republic of Ireland to go down to the host nation.

But they returned heroes – as too did the fans.

They were ambassadors, above and beyond and the image they projected of this small island can never be bettered.

The Mayor of Paris – like so many others – has chosen to reward them for essentially making Euro 2016 what it was.

They are a credit to their teams, their colours and the sport. Long may it continue!