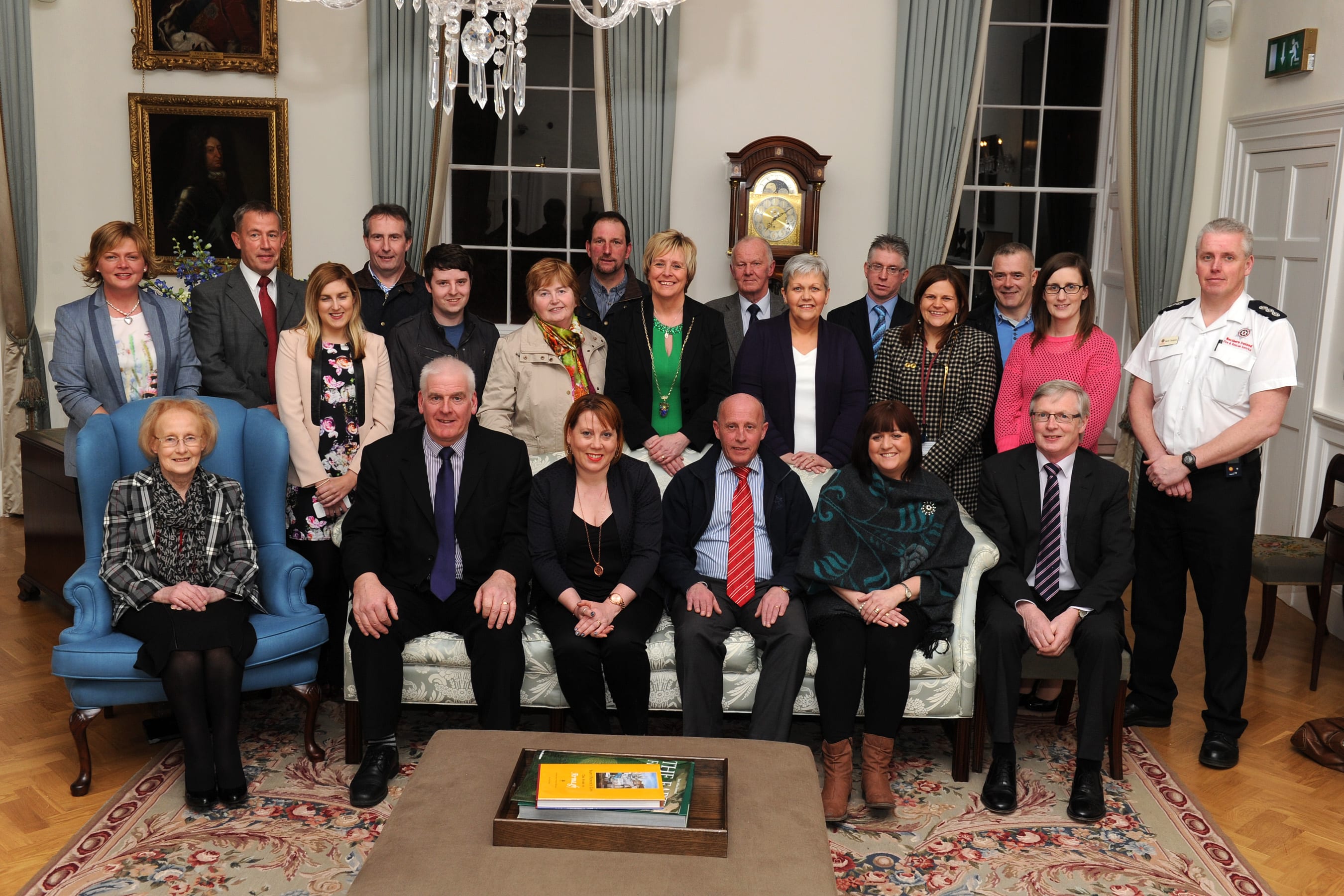 April 1 marks an historic day for the Province, with the biggest changes in both local government and policing witnessed for generations.

From today, the new super-councils have come into being, with Armagh City and District Council now no more.

And the people of Armagh will now be represented by 41 local councillors, alongside our neighbours in Banbridge and Craigavon.

But where you have in with the new, you have out with the old.

Cathy Rafferty has officially turned the key in the door of the Palace (pictured) as Armagh City and District Council has ceased to exist. The local Sinn Fein representative, who did not go forward for election to the new ACBCB Council, also hosted an event to mark the end of the Armagh Policing and Community Safety Partnership and project and a celebration of the work they have carried out since the PCSP was formed in 2012.

Armagh PCSP has now come to the end of its term and it too has merged with Banbridge and Craigavon, in line with the new council structures.

The PCSP has been trying to make the district a safer place by working collaboratively with the local council, other statutory and voluntary service providers, and the community on projects and programmes that have positively affected people from all walks of life throughout Armagh City and District, from young people to older people, victims of crime and those who have a fear of becoming a victim.

The PCSPs Policing Committee has been improving community confidence in policing and local accountability as well as encouraging local people to engage in a meaningful way with local police.

“Without the commitment of the PCSP members, political, independent and statutory, the project leads and the dedicated staffing team, none of this good work could have been carried out for the people of the area,” said Councillor Rafferty.

The Lord Mayor, the last ever in Armagh, thanked the PCSP for all the hard work they have done over the past few years to make local neighbourhoods safer and ensure the voices of the local community are heard.