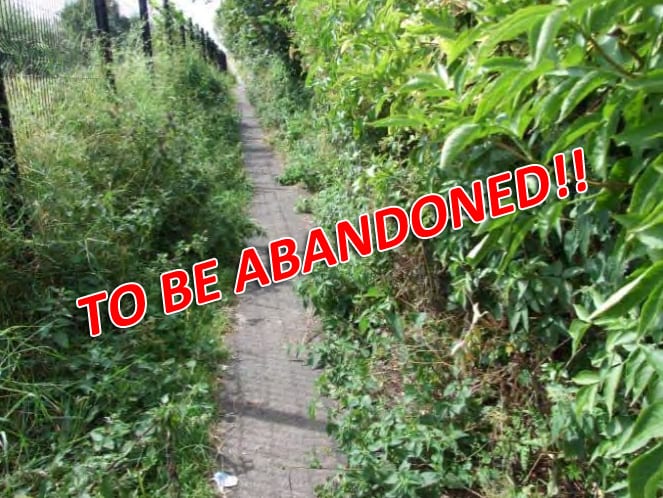 A notorious county Armagh hotspot for anti-social behaviour is to be abandoned on the recommendation of the council.

A path, which runs parallel to the Old Portadown Road in Lurgan, is expected to be fenced off in the coming months.

Speaking at a recent council meeting, Sinn Fein councillor Fergal Lennon said that he and members of his party had been inundated with complaints about anti-social behaviour on the path and that the abandonment was welcomed. However, party colleague Marie Cairns expressed concern that the process could take up to 10 months to complete.

She also asked if there was any possibility for the process to be sped up, as “coming into the summer months there would be higher levels of anti-social behaviour and increased problems for elderly residents”.

To absorb this section of the path would involve the erection of approximately 15 m of fencing, which would close off access to the path to undesirable elements and anti-social behaviour.

The path is no longer used by local residents who use a parallel path (as shown below) and all residents in the area are in support of the abandonment and there is a massive desire for it to be fenced off.

The council will apply to DRD Roads Service (Transport NI) for an abandonment order for the closure of the Council owned section of path.

In the past TransportNI was agreeable to the abandonment of the path and it is hoped with the Woodland Trust and Northern Ireland Housing Executive already having agreed to abandon their sections of the path, that this may help to speed up the process. Lurgan path to be abandoned