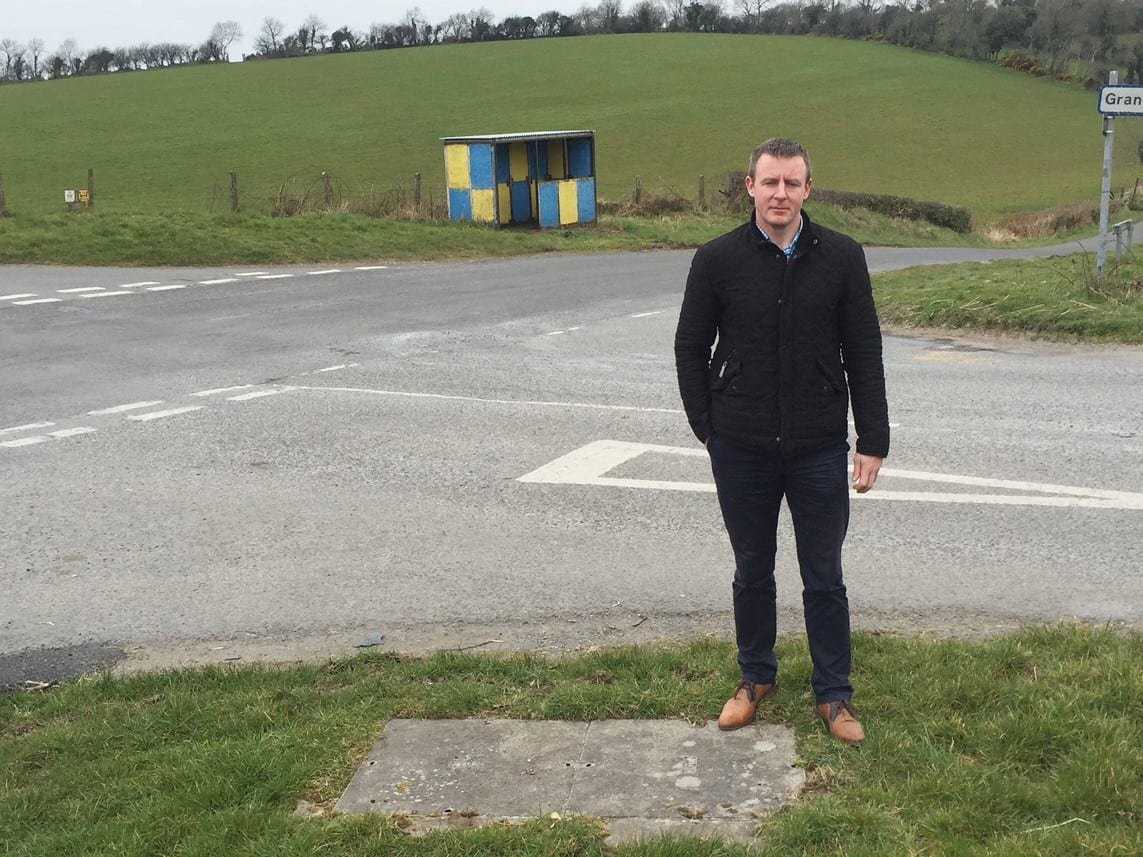 Residents near a notorious accident black spot in Granemore have hit out at lack of safety measures in place.

SDLP Representative Justin McNulty has called for an urgent safety review at the junction of the Dundrum Road and Granemore Roads following a number of accidents recently.

“The Granemore Road is an extremely busy road and its junction with the Dundrum Road, Tassagh is a notorious accident black spot,” he said.  “Local residents have contacted me expressing genuine concerns that someone is going to get seriously injured or killed if something isn’t done to improve safety at the junction.

“The story from each resident is the same, time and time again; cars fail to stop as they approach the junction coming from the Keady direction.

“I heard horrific stories about the number of times residents see motorists approach the junction at speed and drive straight through without a care in the world, either they don’t know the junction or are just pure reckless.

“The stories get worse when you hear that motorists when approaching the junction at night switch off their vehicles lights in an attempt to see if there are any other vehicles coming from the other direction, this is just horrendous. SDLP representative Justin McNulty at the Granemore crossroads outside Keady

“I have asked Roads Service / Transport NI to carry out an urgent review of the junction and to bring forward any improvements they can, including improved advanced warning signs of the dangerous junction.

“However in the meantime I would ask motorists to be cautious when approaching the junction, and remember even if you are driving carefully others may not.”