McNulty has written to the Director General and insists: 'Armagh is every bit as Irish as Athlone' 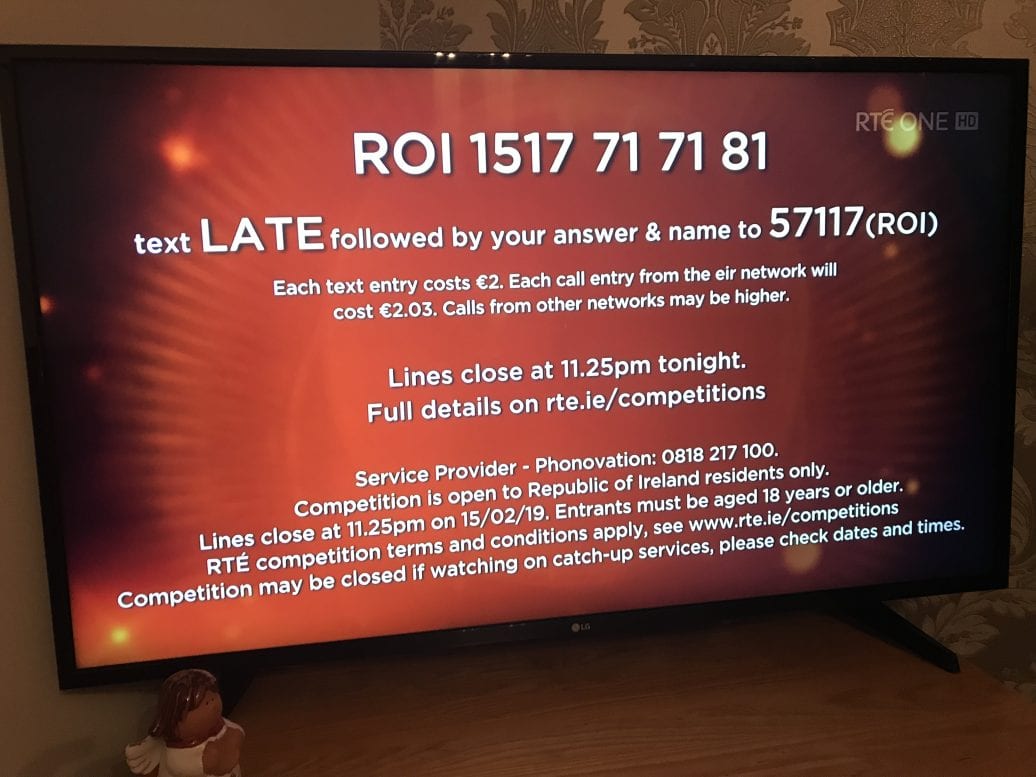 A change in format by RTE which prevents Northern Ireland residents entering competitions on some of the broadcaster’s most popular TV shows has been raised at the highest level.

Newry and Armagh MLA Justin McNulty said he had contacted RTE’s Director General after it emerged some phone-in competitions were now only open to those living in the Republic of Ireland.

The SDLP representative said: “Over recent weeks I have noticed that competitions on shows such as the Sunday Game or The Late Late Show are not open to residents in the north.

“Armagh is every bit as Irish as Athlone. This is completely unacceptable and is infuriating many of us RTÉ’s northern viewers.

“RTÉ is our national broadcaster and it does not just broadcast to the Republic of Ireland. To restrict access to the services and competitions hosted by RTÉ has caused much indignation within the community I represent.

“The Sunday Game and The Late Late Show – along with many other shows produced by RTÉ – are part of the fabric of life here and to be excluded from participation in competitions I believe is discriminatory.”

Mr McNulty said he had raised his concerns with the Director General of RTÉ in “the strongest possible terms”.

He added: “I have asked her to explain the rationale behind what I believe to be a discriminatory practice and outline any appraisal of equality considerations which were part of the decision-making process.

“This is not a trivial matter and it’s not about encouraging people to engage in competitions. It’s about all viewers across this island being treated on a fair and equitable basis. I am not letting this go – it’s an issue that has to be resolved so that northern viewers do not feel left out.”