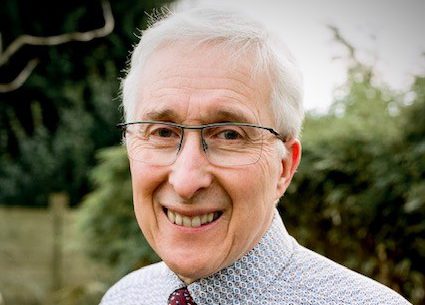 A Portrush minister has been elected as the new Moderator of the Presbyterian Church in Ireland, with a Richhill clergyman taking the second highest number of votes.

Ministers and elders in 19 regional presbyteries met across Ireland this evening (Tuesday) and chose Portrush minister, Rev John Kirkpatrick, to be the Church’s next Moderator.

Known as the Moderator-Designate until the Church’s General Assembly in June, he will formally succeed the current Moderator, Right Reverend Dr David Bruce, as PCI’s principal public representative at this summer’s meeting.

A son and grandson ‘of the Manse’ – he was one of four nominees that the all-Ireland denomination had to choose from this year, which traditionally elects its Moderator-Designate on the first Tuesday in February.

Having received the most votes from the Church’s 19 presbyteries, Mr Kirkpatrick will be the denomination’s 177th Moderator since 1840 and its first from Portrush Presbyterian Church.

Speaking about his election, the 65-year-old North Coast minister said, “I am genuinely surprised by what has happened, but very excited at the prospect of the story God is going to write from June and the months that follow.

“As I continue to serve the Lord Jesus in this new role, I am looking forward to coming alongside our churches at this critical time, encouraging them as we move forward from Covid. I also look forward to building good relationships wherever possible, honouring Jesus and representing our Church across the island and further afield.”

Born in in Limavady, Mr Kirkpatrick was brought up from the age of three in Ballymena. A third generation Presbyterian minister – his father had been minister of Balteagh Presbyterian, near Limavady, while his grandfather had also served in congregations in Counties Donegal, Tyrone and Antrim.

Mr Kirkpatrick has been minister of Portrush Presbyterian for nearly 30 years, having served in the holiday town since 1993.

Prior to that, he spent nearly six years in Garryduff Presbyterian near Ballymoney, his first congregation. He was ordained in 1985 as an assistant minister in Megain Memorial and Mersey Presbyterian Churches in East Belfast. When he became minister in Portrush, he also represented PCI in its partner relationships in Central and Eastern Europe until 2005.

Having attended Ballymena County Primary School and Coleraine Academical Institution, he went on to study farm management at Greenmount Agricultural College from 1973-1976, with an agri career in mind. This led to three years of study at the University of Ulster’s, Coleraine campus, where in 1979 he gained a BSc in Social Science and Environmental Studies.

After spending a year working for the Department of Agriculture, in 1981 he attended Belfast Bible College before starting his studies at Union Theological College for the ordained ministry of the Presbyterian Church in Ireland, the same year.

Talking about his faith, Mr Kirkpatrick said, “With a father and a grandfather as Presbyterian ministers, you might say that I am not only ‘a son of the Manse’, but ‘a grandson of the Manse’ as well. While I came to a personal faith in Jesus at the age of nine, there was never an expectation that I would follow in their footsteps. But God, obviously, had other plans and I genuinely give thanks for the near 40 years I have spent in the ordained ministry.”

Today he ministers to a congregation of around 220 families in and around the seaside town, which grows considerably during the summer months and at Easter.

“I would describe myself as a ‘preaching pastor’, as I see the linked importance of preaching and teaching the Bible, coupled with pastoral care being the complimentary need to this.

“The issues that we face at Portrush Presbyterian Church, or ‘PPC’, are set against the context of the 21st century, a secular society, but a hungry society. In my time in PPC we have reflected the wider cultural trends, which I am glad to say have been away from ‘nominalism’ and traditional church attendance, to a more committed church community living in a community where outwardly church is less important, but certainly not without value.

“Primarily we love to share the Good News in all ways we can, but we know we must earn trust and respect. In this, we see the location of PPC as critical to a very wide community of visitors and friends, helped by street gospel distributions and other opportunities as cultural moments in the town provide platforms for evangelism.

“As Moderator, I want to translate the life and experience of ministry in Portrush, both church and community, to a bigger canvas, but with the same vision and pattern,” he said.

“We also encourage our members to be active in the community in various ways through the RNLI and REACH, for example, a community project which took on a greater significance due to Covid.”

With regards to the pandemic, he said that while the lockdown was difficult for so many different reasons, it also created an opportunity to try new things. “We did recorded services and streaming services. I did a daily devotional called ‘Side-by-Side’ and a video reading of several appropriate books such as ‘The hiding place’ by Corrie ten Boom, ‘To a different drum’ by Pauline Hamilton, and Elizabeth Kuhn’s, ‘Green leaf in drought’ as I wanted to encourage our people in their isolation.”

Married to Joan for 40 years this summer, a palliative care nurse, they have four children and five grandchildren. “Thursday was baking day in our home during the lockdown when Joan baked. The following day I was able to deliver to folk as part of my rounds, giving me a chance to listen to them and pray for them on the doorstep, or in their garden. We’ve made every effort to be in church and have life back when we were given the chance. Thankfully we have a big building, which has meant we could welcome everyone back safely.”

Thinking about his forthcoming year in office, Mr Kirkpatrick said, “For everyone, the last two years have seen all aspects of life, and Church life with it, turned upside down and the story still isn’t over yet. As time moves on, I hope and pray that we will be able to process the many painful memories that it has left behind. I appreciate that this will not be an easy, or a straightforward journey for everyone, as our stories are all different.

“With this in mind, as Moderator, I look forward to visiting congregations, ministers and their families, seeing what they have been through, how they have coped, and ministering into that. Stepping into my predecessor’s shoes after two years will not be easy, and I pay tribute to Dr Bruce as he has led the Church through this time of national and global crisis. Whatever the year may hold, I am thankful to God, that I won’t be undertaking it alone, and certainly not in my own strength, for Jesus will be with me!”

When Mr Kirkpatrick is not in the pulpit, or visiting members of his congregation, he says that he enjoys walking, reading, watching films and listening to an eclectic mix of music. His more active pursuits include a love of motorcycle sport, motocross and motorcycle racing. Since 1994, he has been Race Chaplain to the Motor Cycle Union of Ireland. He also enjoys gardening and bee keeping.

Mr Kirkpatrick will be officially nominated to this year’s General Assembly at its opening night in Belfast on 22 June when he will succeed the current Moderator, Rt Rev Dr David Bruce. Dr Bruce will continue in office as the PCI’s principal public representative until then.