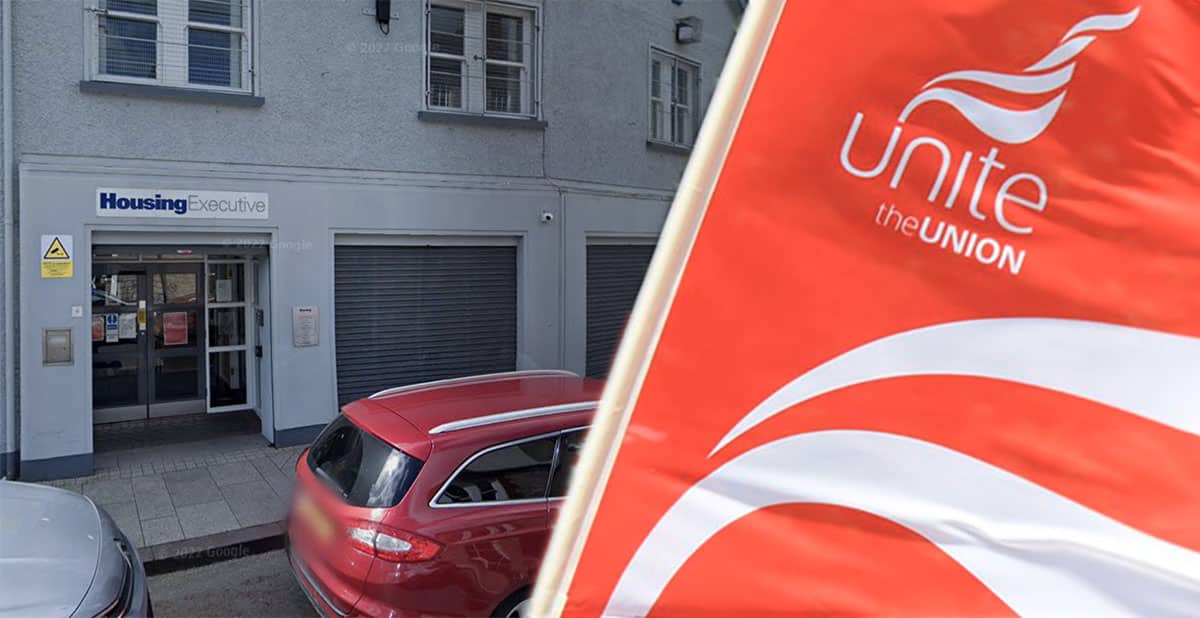 Housing Executive are next up in preparing to down tools in protest for better pay.

Some 300 Unite members will be involved in a four-week strike which will begin on Monday, September 5.

According to the union, it will have a severe impact on housing services.

Confirmation came on a day when postal workers staged the first of four single strike days and while ABC Council workers look towards the start of a third week of action without resolution.

Unite the union has confirmed that it has given the Northern Ireland Housing Executive seven day notice of a strike action over pay.

The strike by the union’s approximately 300 members working at the agency is due to commence on September 5t and will remain in place for four weeks.

The strike has been called after management failed to make any offer whatsoever to improve pay and meet the pay claim of Unite members.

Workers’ demands include a cash payment alongside a consolidated two pay point increase above the [National Joint Council] national pay offer for 2021-22, which is a bare 1.75 per cent.

Workers at the Housing Executive engaged in two strikes earlier in the year but the latest announcement represents a clear escalation.

Unite general secretary Sharon Graham offered her full support to the Housing Executive workers: “Retail price inflation is already above 12 percent and is widely forecast to hit 18 percent by the end of the year.

“In such a cost of living crisis, workers need a decent pay increase to protect themselves and their families.

“In announcing this four week strike, the Northern Ireland Housing Executive workers can count on the full support of my union as they fight to win a decent pay increase. The NIHE should make an offer to the workers and they should do that as soon as possible.”

Regional Officer for Unite, Michael Keenan laid the blame for the continued strike action squarely at the feet of employers and warned that the strike was likely to have a severe impact on housing executive services:

“NIHE bosses failed to bring forward any concrete proposals to address the pay claim of Unite’s members. They have left their employees with no alternative but to recommence strike action.

“Workplace reps at the Housing Executive are reporting that the service is already facing huge pressures.

“We are warning that bosses are bringing about a strike that will have potentially severe impact on the services offered by the Housing Executive to tenants.

“The blame for this rests entirely with the Housing Executive which has failed to seriously attempt to resolve this dispute.”