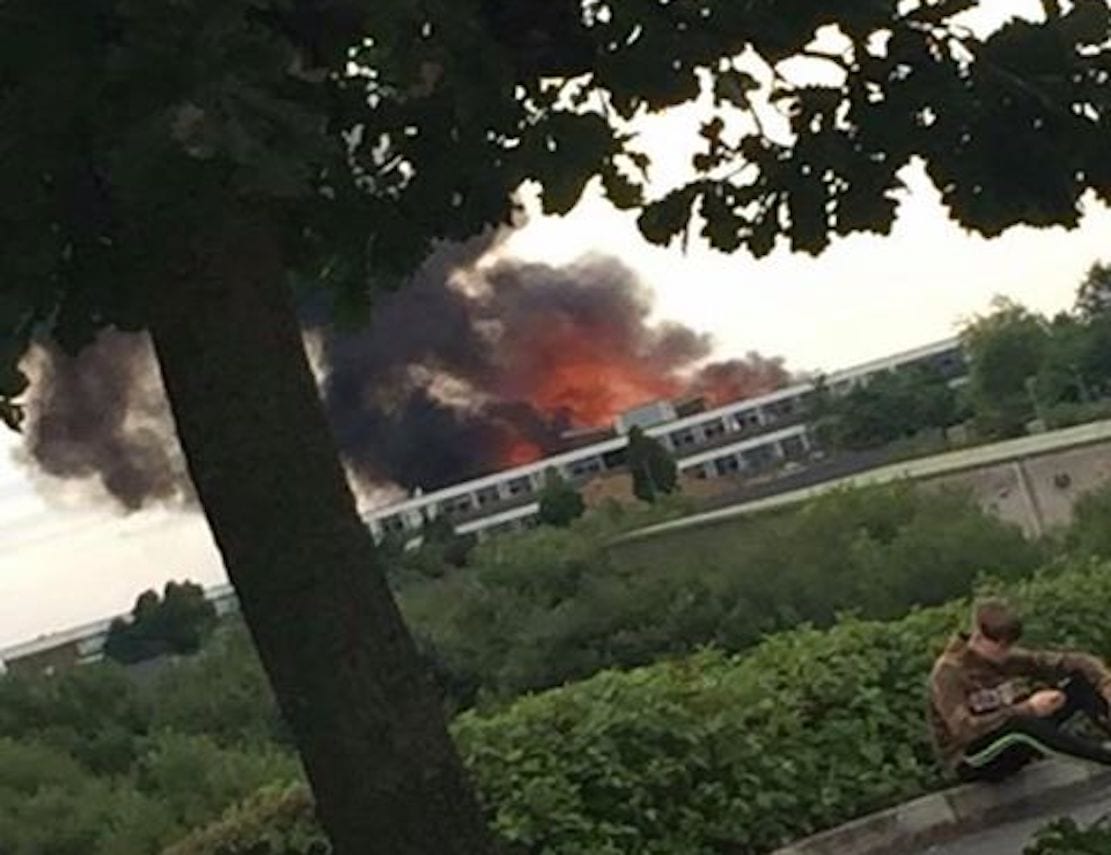 A huge fire has broken out at the site of the former St Patrick’s Academy in Dungannon tonight (Sunday).

A total of 43 firefighters are at the site, according to the fire service following the blaze which broke out earlier this evening.

The Northern Ireland Fire and Rescue Service (NIFRS) said it is believed it began in portacabins near the building on the Killymeal Road.

Area Commander Dermot Rooney later said: “We are dealing with an incident on the Killymeal Road in Dungannon, it is an unoccupied school and the understanding is the fire started in portacabins and has spread to the main building.

“We are asking the public to stay away and keep windows and doors closed.”