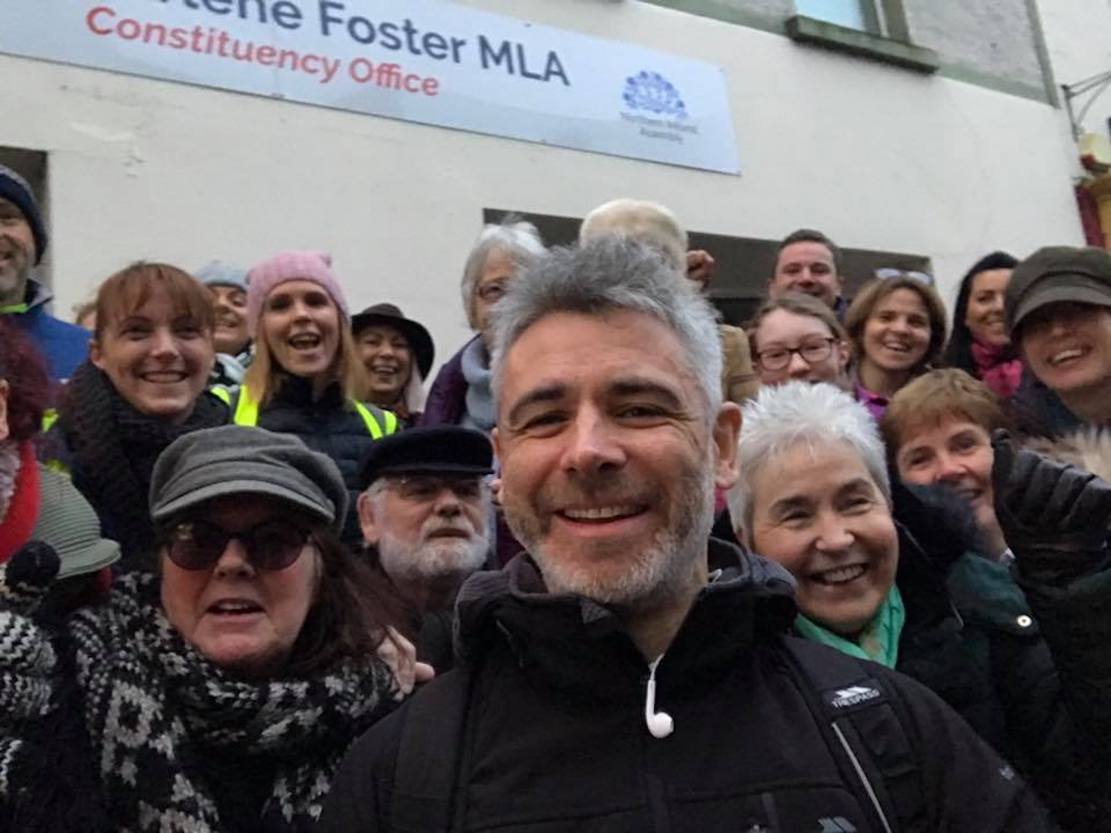 A protest walk from Enniskillen to Stormont to highlight growing public anger over the lack of a working Assembly will be passing through Co. Armagh on Sunday.

And Dylan Quinn – who is organising the walk as part of the We Deserve Better campaign – hopes that locals will come out and join him to show their own dismay at a vacant Stormont.

The Co Fermanagh man set off on the 90-mile route on Saturday morning, leaving from outside the office of his local MLA, Arlene Foster, in Enniskillen.

The message this time around is to coincide with a New Year and urging the political parties to make a decision –  to either move forward into 2019 or “keep taking us backwards”.

Over the last few weeks Mr Quinn has been sending out ‘Calls for Action’ to MLAs asking them to join him for at least a mile of his walk.

He says: “#walkingtostormont calls for MLAs to move forward positively in 2019 to establish an effective executive, a proactive government and a better form of political discourse.

“For almost two years MLAs have wasted time, progress and opportunities as Northern Ireland faces one of the biggest political, economic and indeed social challenges of our time.”

Mr Quinn is asking MLAs to “have the courage to take positive steps forward to make change happen”.

“This will be a tough walk but that is what it is all about, facing up to the challenges you encounter and confronting them, not turning away,” he added.

He said: “If MLAs can’t help create positive change they need to step aside and let those who wish to create a better society for us all lead the way.”

The proposed route for #walkingtostormont will be going through Co Armagh on Sunday.

It will start Ballygawley in County Tyrone at 8.30am, having reached that point on Saturday evening. He will be passing through Aughnacloy and Caledon before arriving in Killylea at around noon.

With estimated times, from there he will be walking through Armagh (1.30pm), Richhill (3pm), Portadown (4.30pm) and on to Craigavon and finishing up in Lurgan.

Monday will see him walk from Lurgan at 8am via Dollingstown, Magheralin, Moira, Lisburn, Ballyskeagh, Drumbeg, Lagan Towpath and arriving at Stormont, all being well, at around 5pm.

Mr Quinn is happy for people – either in small groups or as individuals – to join him on the walk.

You can check approximate towns and times as the weekend progresses on the #wedeservebetter Facebook page.