Newtownhamilton: A community committed to helping others in a year not to be forgotten 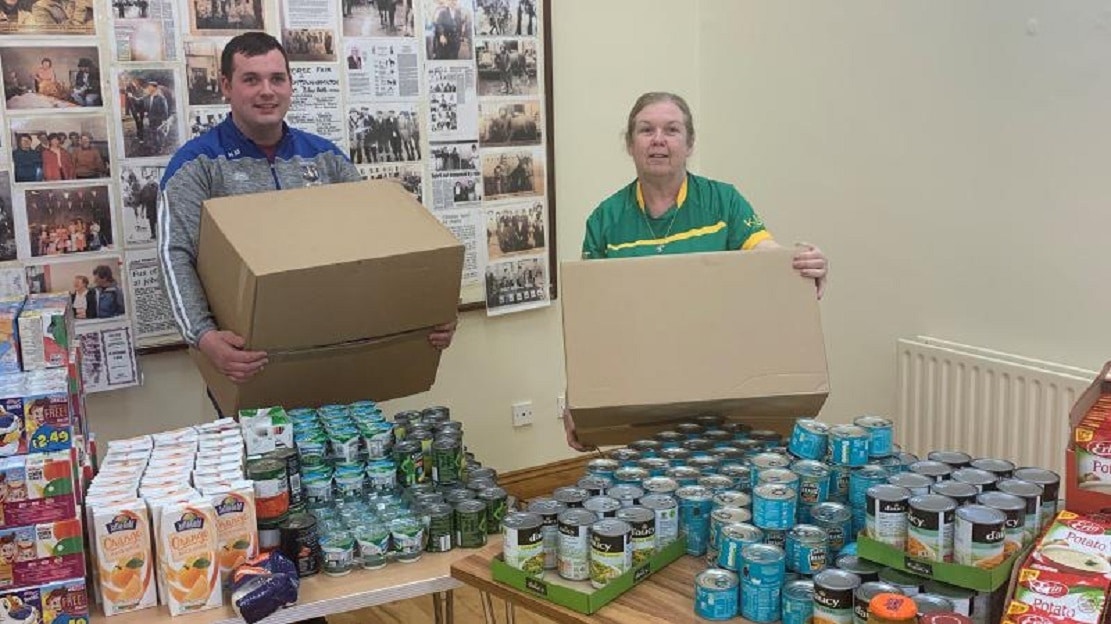 The past year has certainly been one like no other, as lockdown and pandemic have become part of the public psyche, but there have been positives too.

What we have seen since that fateful day back in March of last year, as the first of multiple restrictions were announced, are amazing displays of human kindness throughout the county and the country.

The work of the community association for the South Armagh town of Newtownhamilton is just one example and with that in mind Armagh I caught up with two of its members.

Ita Gibney has been involved in the community association for 23 years, whilst Niall Murray has been part of the furniture at the centre from his youth.

Although not Newtown born and bred, Ita is quick to comment: “I have actually lived here longer than Niall has been alive, 33 years. I moved here when I got married but I am only from 12 minutes down the road.”

As we all entered the first lockdown, Niall, who was beginning his career as a teacher, found himself, like many, out of work but, in Ita’s words, “he is not one to sit at home”.

Niall began working hard applying for grants and funding which could help the community, the first success coming from the Big Lottery Fund.

“I think in the last financial year, we pumped £60,000 into the local community to support young families and older people through the pandemic,” he explained.

Ita described this as “unheard of”, adding that the community association were already well on their way to bettering that this coming year.

Once the funding began rolling in, the association teamed up with the council in a bid to help with the distribution of food parcels, setting a hub at their centre.

Ita explained: “The DFC food boxes were for those who were isolating, then with the funding we received we targeted young families, where parents, in some cases both, were out of work.

“Because we are so close to the border, some of the men with young families in the area work in the South, so they had no work in the South and they were not eligible to claim benefits in the North so it was a very tough time for them.”

The association continued in the work to support the community by then targeting older people who were shielding but were not part of the DFC food distribution scheme and delivering activity packs to young people.

“It was just a case of covering as many members of our community in as short a time possible, that is what kept us busy for the majority of 2020,” Ita said.

“Even though the centre was officially closed, it remained open for us,  the volunteers, to support the community in whatever way we could.”

From fresh food and meat vouchers to electricity and heating support, the community association were on hand to help out those in need. According to Niall, the association were responsible for the delivery of nearly 3,000 support packages in the 17 week shielding period, with the help of St Michael’s GAC.

Alongside this, like many of us Niall and Ita began to get their heads around the world of Zoom, hosting a virtual summer scheme as well as projects for the elderly.

“Niall and myself have spent endless hours on admin, were bubbled together in order to reduce the risk to other people and we were fortunate to be able to do that,” Ita said.

“Niall had his own trouble at the beginning of 2021, when his daddy passed away with Covid, but right up until then and since we have been working late nights, sometimes to half one or two o’clock in the morning.”

Whilst many events have not been able to go ahead due to restrictions, Niall said the group were fortunate to receive a grant from the Education Authority which will be funding their summer scheme.

Ita commented: “We have been able to channel the substantial grant into boosting our summer scheme to an extent we have never had before, there have been 83 children registered for it.

“We have been working in the wee hours to ensure that all the logistics are in place and everyone safe, and have even had to move it to St Michael’s GAC in order to ensure that.”

The association have also been brightening up the town with their Newtown in Bloom project with planters, compost and flowers bought by local businesses and individuals.

Further to this, after receiving funding from the council’s centenary fund images of the town through the decades have also been adorned around the community centre to celebrate its history.

And there is no end in sight, with Ita commenting: “We take two or three days off after every project before we move onto the next!”

Next week’s summer scheme will be followed by an art course before attention will turn to activities for seniors in September.