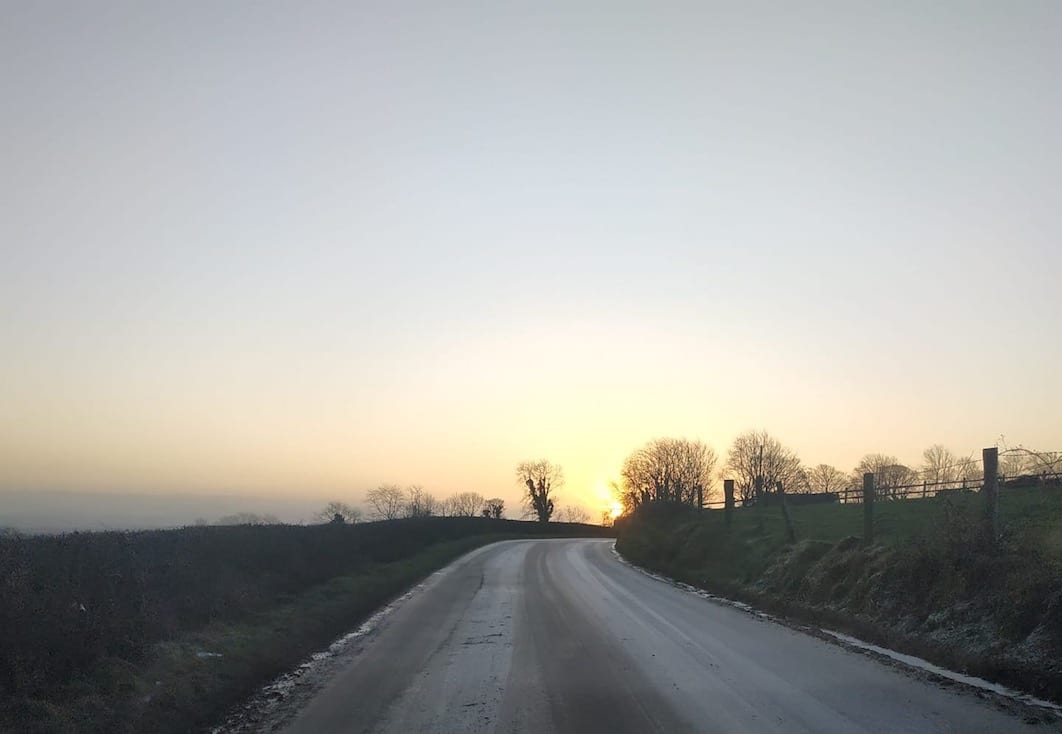 Stock image of a frosty morning on the Clady Road

The dip in mercury levels caused particular concern in Newtownhamilton with the ongoing environmental improvement works through the centre of the village making a nearby minor road treacherous for all commuters.

A large increase in vehicles – including HGVs – are now travelling along the Tullyet Road on the outskirts of the town – much to the concern of local residents.

Sinn Fein Councillor Barra O’Muiri said the rural roads were “in a desperate state this morning due to the hard frost and black ice”.

Councillor O’Muiri said he and his party colleagues were working on a road by road basis to have them salted and/or provided with salt piles.

He added: “I have made representations to the Department for Infrastructure regarding the Ballymoyer Road, Carrickrovaddy Road, Cortamlet Road and roads to Glasdrummond Primary School, to have them included on the salt route due to a school being on the road.

“As ever, our priority should be ensuring that children can get to school safely.”

There were also reports of two collisions on the Freeduff Road in Cullyhanna, while a milk lorry was found wedged in a ditch after colliding with a pier.

In relation to the Tullyet Road, Councillor O’Muiri said Roads Service will not salt the road as it is an unclassified road – neither an A, B or even a C class road.

Said Councillor O’Muiri: “They won’t entertain it because lorries aren’t supposed to be on it, they are supposed to use the diversion route, even though it would take them an hour to get round it.”

Meanwhile, this was the situation in Kinallen, outside Banbridge earlier..

Elsewhere, there were accidents on the Moss Road and Inn road, near Waringstown this morning due to minor accidents.

Temperatures will rise again as the week progresses.