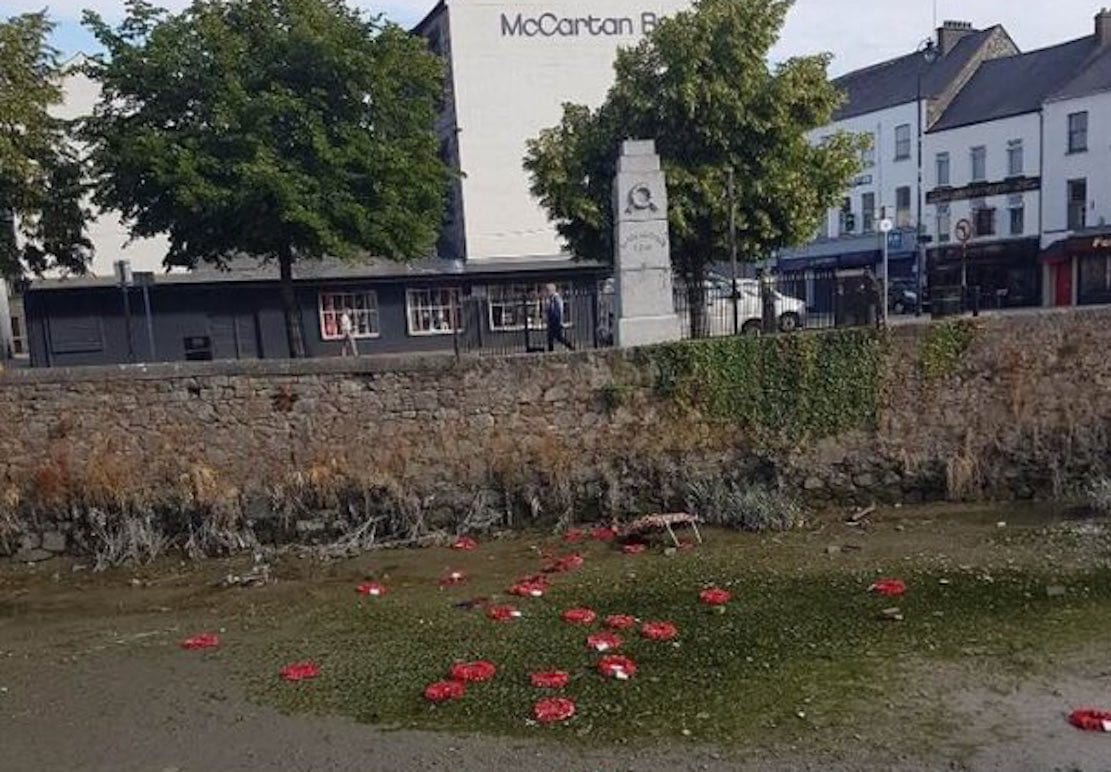 Image from a previous incident earlier this year

A 44-year-old woman was arrested in Newry last night (Thursday) after a war memorial was damaged.

Sergeant Lawson of the PSNI explained: “Around 11:20pm last night police observed a number of wreaths and wooden crosses that had been placed at a war memorial in the Sugar Island area of city had been thrown into the river.

“Police subsequently arrested a 44-year-old woman on suspicion of criminal damage who remains in custody assisting us with our enquiries.

“This is being treated as a hate crime.”

He added: “Hate crime, in all its forms, is totally unacceptable. It is the responsibility of each and every one of us to ensure that we live in a society where diversity is respected.

“If you or someone you know is the victim of a hate crime please contact police or your local support agency. For more information visit https://www.psni.police.uk/crime/hate-crime/here-to-help/

“I want to appeal to anyone who was in the area last night, around 11:20pm and saw what happened, or anyone who has information they believe may assist our investigation to call us on the non emergency number 101, quoting reference number 1328 of 29/11/18.

“This is another sad and despicable act of hatred against the memory of those who fought and died to protect the freedoms that we all enjoy today,” said Mr Irwin.

“This attack comes after the previous attack on the Cenotaph in July and also countless sickening attacks on the memorial at Narrow Water and these sinister actions have caused great offence and hurt in the community.

“I understand an arrest has been made following this incident but the message must go out that destroying poppy installations and desecrating war memorials is a crime that will not be tolerated and causes great offence.”

The Newry MLA said: “This incident where wreaths and wooden crosses at the war memorial in Newry were damaged was wrong and I condemn it.
“There is no place for attacks like this in our society.