‘Where from here?’ Council to call special meeting after ‘heartbreaking’ Mourne Mountains fire 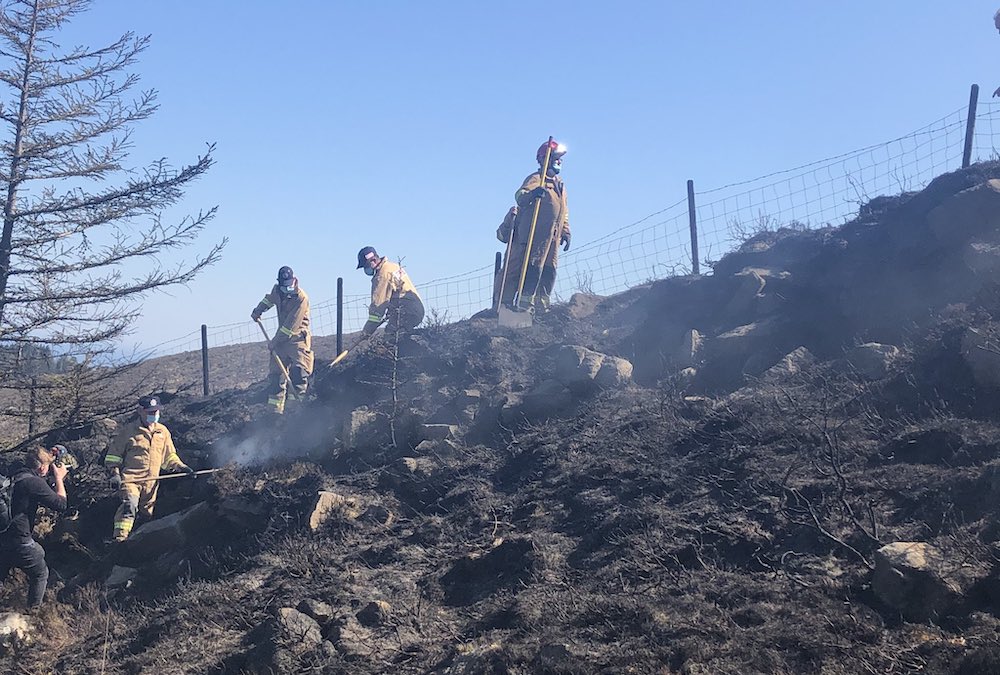 Newry, Mourne and Down District Council Chairperson, Councillor Laura Devlin has called for a Special Council Meeting in the aftermath of the recent Mournes fires.

At the recent full meeting of Council, Councillor Devlin spoke of the need for a long-term funded visitor management strategy from central government for the Mournes, as well as urging visitor caution in the area and thanking all those who responded to the recent emergency.

Councillor Devlin said: “What a month it has been for the Mournes. The devastation of the fire was heart-breaking to witness.

“There was real fear among the community; fear that the fire could move closer to the town, fear for the damage to the wildlife and fear for our precious environment.

“Then come Saturday afternoon and Sunday morning that fear turned to anger and rightly so. The Mournes are so much more than a mountain range. They symbolise our heritage and our hopes for the future. So, to see that damaged in such a dramatic way and, furthermore, to learn that the Northern Ireland Fire and Rescue Service investigation concluded that the cause of fire was believed to be deliberate, was very hard to take in.

“I want to further praise and thank the Fire and Rescue Service and all of their partner agencies. As a Council we are in your debt. I also want to pay tribute to the local community.

“Between burgers, ice creams, pizzas and drinks, the generosity from our local community towards our fire fighters stood out and was very much appreciated by all.

“However, what we all want to know is – where from here? We urgently need an overall strategy in tandem with long-term funding from central government. Our Mournes are worth too much and so much still remains at risk.”

“In the immediate aftermath of the fire, a meeting of the co-ordinating groups was convened to look at recovery in both the short/medium and long term, and this group will continue to meet and progress.”

Councillor Devlin later went on to call on those enjoying the Mournes or other parts of the countryside to be careful and leave no trace of their visit, particularly in relation to barbecues and litter.

The Special Meeting of Council will be convened as soon as possible.