What is probation? Breaking the cycle for offenders and protecting the community

Niall is the first admit that probation is 'not an easy option' but provides the ability for people to turn their life around and protect the community. 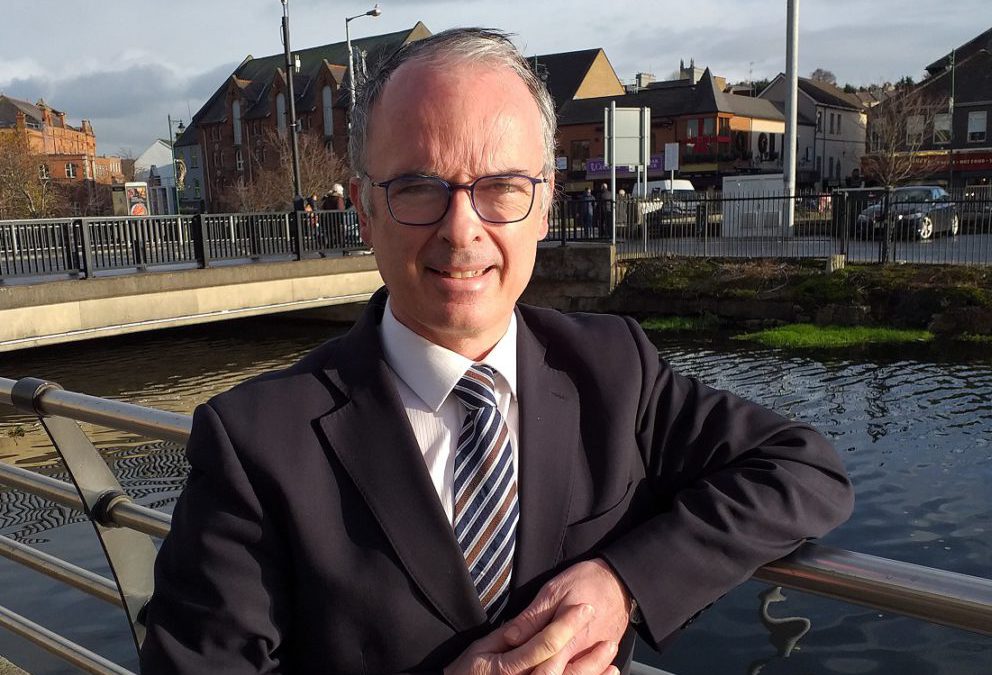 Be honest, we have all seen the word ‘probation’ written on court articles and many pass comment about unfair sentencing but how much do you know about that wing of the justice system?

Very few of us will have been touched by, or have had the chance to observe the work of the probation service during our lifetime, but one man who has been a fixture in the Newry offices for two decades is Niall McEvoy.

In that time, following a short stint in the same job in Birmingham, the Newry man has seen both success stories and some individuals who have failed to engage.

Speaking to Armagh I, Niall said he and other probation officers provided the tools to people who have offended to enable change but ultimately the choice is on them.

“As probation officers we are social workers, trained professionals working within the criminal justice orbit and I see us as enablers of change for individuals,” Niall said.

Explaining the process, he said that it all begins with a Pre Sentence Report being requested by the court in order to assist in making a sentencing decision informed by “all factors”.

“We will look at the individual defendant’s personal social circumstances, as well as the offence, an assessment of the likelihood of them reoffending and if they pose a significant risk of harm to the public, which is only a minority of cases,” said Niall.

However, the ultimate decision when it comes to ascertaining the appropriate sentence for a crime falls upon the judge.

Niall stated that most of the caseload for a probation officer is in fact the supervision of people who have offended released on licence following a custodial sentence.

This is preferable for many because for them it can be challenging to address the root of their offending, accrpodin

If an individual is not sentenced to a period of immediate custody, the other options will be community service, probation or an Enhanced Combination Order (ECO).

To many of our readers, the term ECO may ring a bell but they are sure to be surprised that this sentencing option is not a province wide one.

A pilot scheme, the ECO began initially back in October 2015 at courts in Ards and Armagh & South Down, before expanding into the North West in 2018.

“They came into being because the judiciary wanted to look at an alternative to custodial sentences of 12 months or less, whereby the person has to address their offending in the community,” Niall explained.

“First and foremost, we need to address the reasons why people get into trouble and how they can make better decisions but also getting them to look at the impact of their offending on the victims and on their communities.”

One major tool with ECOs, according to Niall, is the early intervention of psychologists to address issues or traumas which have proved to be “very effective in addressing challenging behaviours and decisions”.

A major part of these orders is that they also include up to 100 hours of work as a way of giving back to the community.

“We’ve got very good working relationships with the ABC Council, which has been particularly useful since the pandemic, because they were able to open up spaces working outdoors,” Niall explained.

Upon the start of the pandemic, he admitted that there was a concern that people would disengage with probation as face to face communication was reduced, however, this didn’t proved to be the case.

“We actually found that many of those on probation actually benefited from the continuity and support offered in what was an isolating time for all,” said Niall.

Although the work ordered as part of an ECO is to benefit the community, Niall commented that it could be tailored in order to help individuals gain employability skills.

Through work with NIACRO (Northern Ireland Association for the Care and Resettlement of Offenders), probation are able to help people who offend get back into the job market through training courses and programmes.

After being assessed by psychologists, probation are able to identify ways in which issues can be addressed to appropriately manage offending.

Niall said: “We would be helping people with drug and alcohol issues, which has worsened over the last two years. Our probation officers are very tuned in and signpost to our Service Users relevant partners.

“We also have a partnership with Barnardos who offer a parenting programme for individuals who need help with the parenting of their children, because obviously we want to break the cycle and not have it pass onto another generation.”

Despite all of these options, Niall is the first to admit that probation is “not an easy solution” but provides the ability for people to turn their life around and protect the community.

“It is difficult as many have been in and out of prison, but we’ve dealt with people who may be at an earlier part of their criminal offending career who have diverted from that and moved in another direction.

“Just a couple of months ago, I was on my way up to Belfast, I saw a man who recognised me and I him, although in my advancing years I am not good with names. He was telling me how he had turned his life around and had his own firm.”

One trend that is apparent for these success stories, according to Niall, is that they have strong family and community supports.

Explaining how he got involved, Niall said: “I think for most probation officers, it is about having a certain set of values. I had a relative who worked for probation which made me aware of it.

“It is about giving back to the community and holding those to account. Ultimately we are working to change people’s lives for safer communities.”