The incident happened shortly after midnight on the Forkhill Road 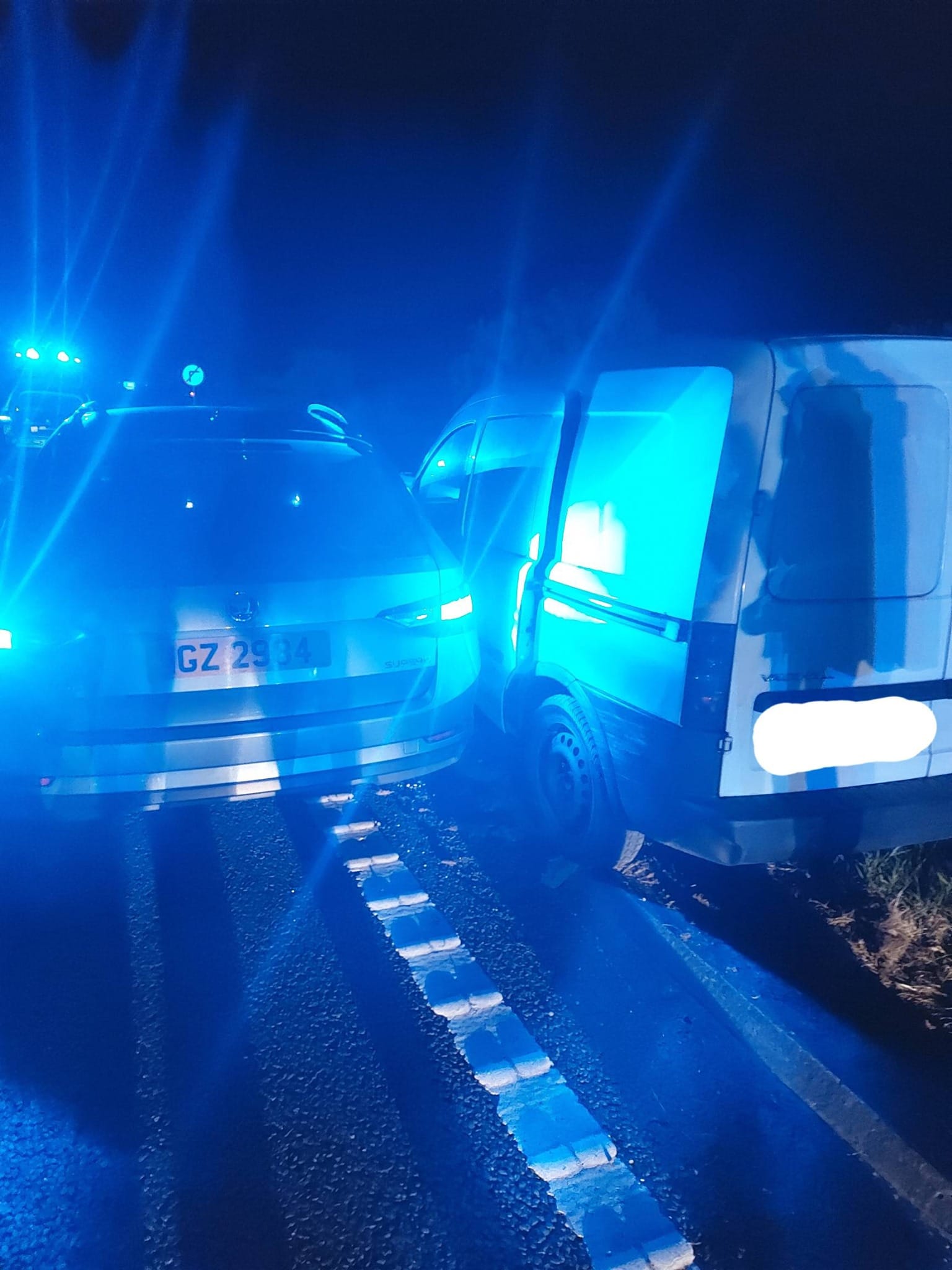 Two police officers sustained minor injuries after they tried to stop a motorist fleeing over the border.

The incident happened shortly after midnight on the Forkhill Road.

A van failed to stop for local policing teams and two stinger pointns were put in place.

The vehicle was left with all four tyres deflated but the driver still did not stop, trying to get past a police vehicle as he made his way towards the border.

A PSNI spokesperson said: “There wasn’t enough room and the getaway was scuppered after the van struck the police car and lodged itself between the car and armour barrier.

“The male driver was arrested for a variety of offences and will face the courts in due course.

“Two of our officers suffered minor injuries and a vehicle is now off the road.

“Despite this we will continue to provide our policing service to the residents of Newry, Mourne and Down.”