DUP MLA says words were 'clearly intended to cause offence' 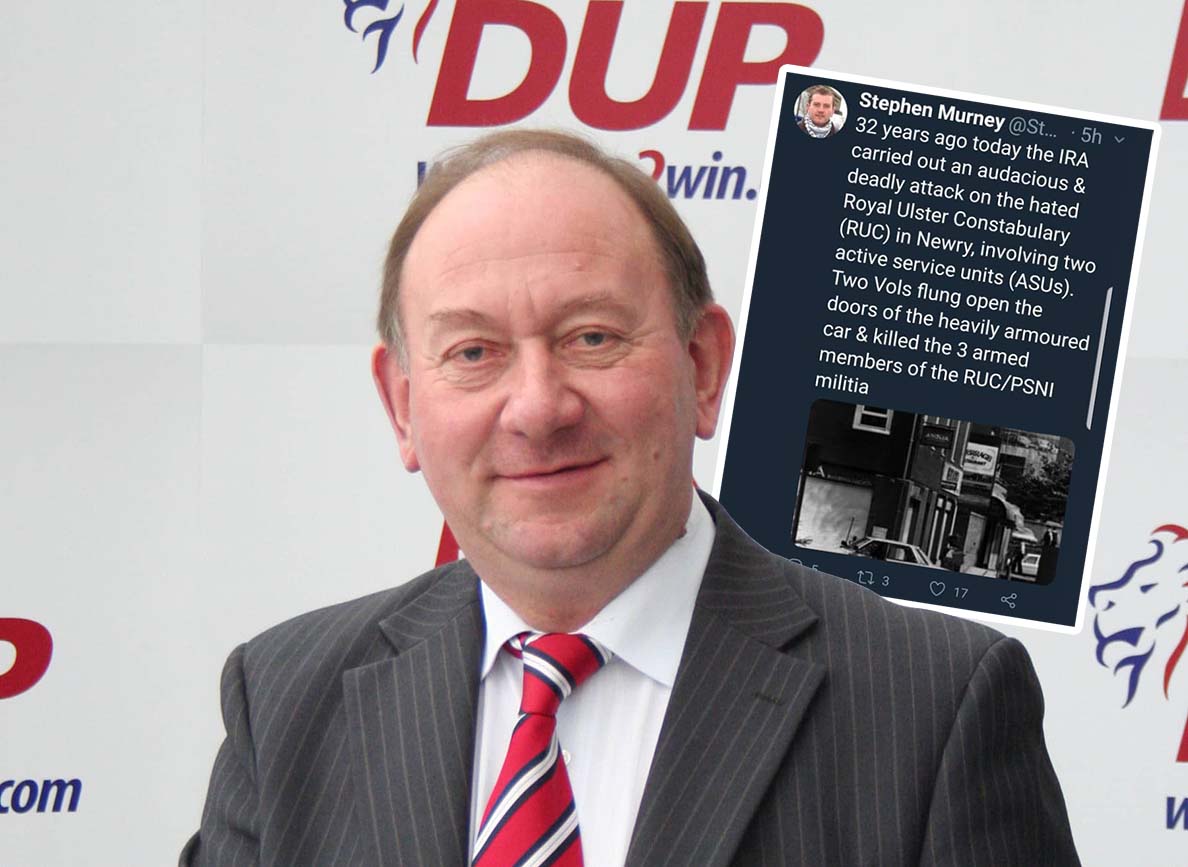 The PSNI has been asked to investigate amid claims that a tweet from a prominent Newry-based republican represents “hate speech”.

Newry and Armagh DUP MLA William Irwin said the tweet by Stephen Murney – a member of Saoradh and former republican prisoner – was “clearly intended to cause offence”.

It referred to the deaths of three policemen in an attack in Newry on July, 26, 1986.

Mr Murney, who describes himself as being a “member of revolutionary republican party Saoradh” on his Twitter account, had tweeted: “32 years ago today the IRA carried out an audacious & deadly attack on the hated Royal Ulster Constabulary in Newry, involving two active service units (ASUs).

“Two Vols flung open the doors of the heavily armoured car & killed the 3 armed members of the RUC/PSNI militia.”

Newry and Armagh MLA William Irwin accused Mr Murney of having “gloated in the death of the RUC men” and said his comments amount to “hate speech”, which he has today (Friday) asked the PSNI to investigate.

Mr Irwin said: “The tweet by Stephen Murney is clearly intended to cause offence and glorify the actions of the IRA especially as he uses the words ‘hated RUC’ and ‘RUC/PSNI militia’ in his outburst. This is clearly hate speech and should be investigated by the PSNI.

“Stephen Murney is seeking to besmirch the good name of Karl Blackbourne, Charles Allen and Peter Kilpatrick, who were amongst the finest RUC officers who wore the uniform and were coldly and callously murdered by the IRA, as they sat in their vehicle in Newry during the darkest days of the Troubles.

“The memory of those brave RUC officers will forever live on and stands in very stark contrast to the sickening gloating behaviour of Stephen Murney.

“I have raised these concerns with the Chief Constable and I expect Mr Murney to be fully investigated.”