‘The heart of the house’: Parents’ tribute to daughter killed in buggy accident 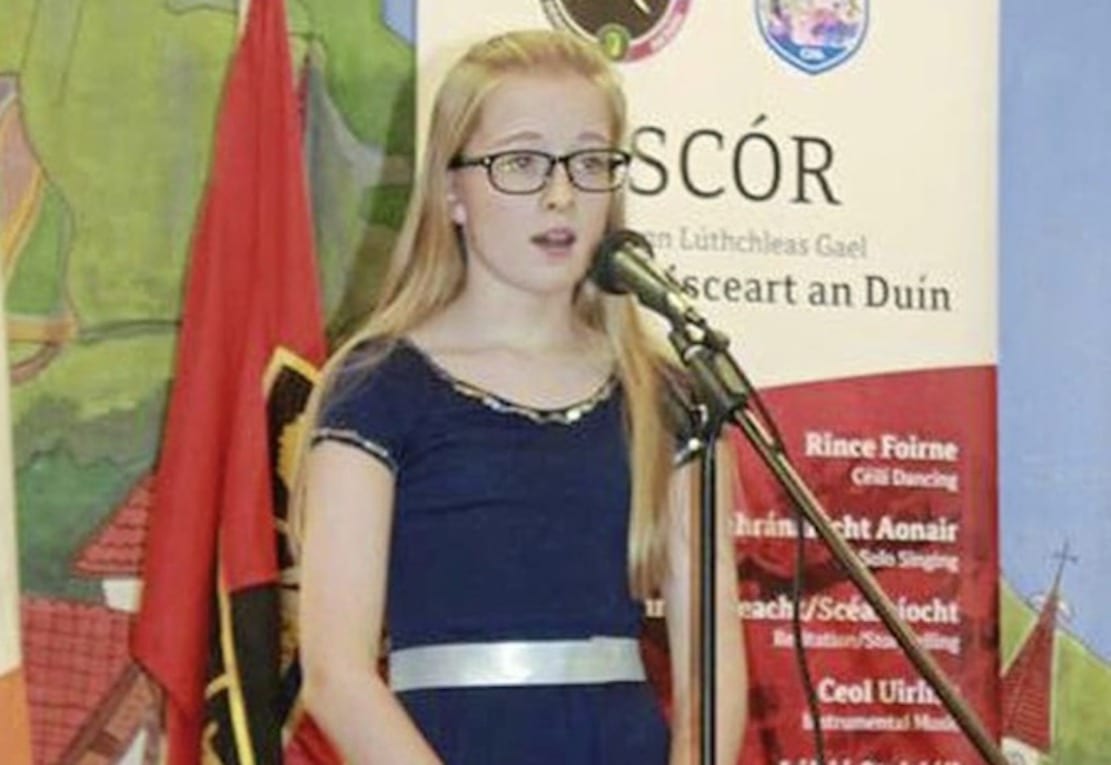 The parents of a 12-year-old girl killed in a beach buggy accident in Newry over the weekend have paid tribute to their beautiful daughter who was “the heart of the house”.

Nicole Fegan, from Mayobridge, died when the buggy she had been a passenger on collided with a black Toyota Hilux car on the Flagstaff Road, shortly before 3pm on Saturday.

She was taken to Craigavon Area Hospital where she later passed away.

Another 14-year-old girl sustained a broken leg and was taken to hospital.

Nicole’s parents Margo, 49, and father Cathal, 49, were in shock following her tragic passing.

“She was brilliant, she was so outgoing and she had so many friends,” her mum told the Belfast Telegraph.

“She was very sporty and outgoing and she lived life to the full. She had her whole life ahead of her.

“It’s a shock that someone so young could pass away so quickly. It will be hard for her young friends to understand what has happened.”

Her dad added: “She was our shining light, the heart of the house.”

Councillor Gillian Fitzpatrick, a friend of the family, said the community would support her devastated family.

“I know her parents, her brothers, she was a quiet, well spoken wee girl, she was just lovely,” she said.

“I was speaking to her just yesterday and on Friday night when she took part in the Scór na nÓg, when she one of a group of five on stage performing.

“Music was in her family and she on Friday she sang on her own, with a ballad group and with an instrumentalist group too on the tin whistle, she was very talented and the group were praised as very promising by the judges.

“The south Down final has been postponed tonight in respect for her and her family.

“She also played camogie at under 12 level and everyone at the club are devastated.”

St Patrick’s Primary School in Mayobridge and staff there have also said they were  “heartbroken” to learn of the tragic news.

They also paid tribute on social media, saying: “As educators we are fortunate to teach many wonderful children but Nicole was such a special girl.

“We have memories of her kindness and her willingness to contribute to the life of the school through her musical ability, her sporting talents, her desire to do her best at all times and her beautiful smile.

“We offer our heartfelt condolences to her loving family.”

Her funeral will be in St Patrick’s Church in Mayobridge at 12pm on Wednesday.